It had been quite some time since I had heard anyone mention Taking Back Sunday, and until I got word of the release of their new eponymously titled album I had assumed that they had faded quietly into the memory of that strange time that followed the turn of the millennium when an entire generation of Baby Boomers were still grappling with their disappointment at the overblown hype of the Y2K predictions and trying to figure out what to do with all of that bottled water and stockpiled gas.  In those days the Young knew what was going on—computers are smart enough to avoid melt down due to a two-digit calendar and emo is cool.  Or at least it was cool.

Taking Back Sunday is the band’s first release featuring their original lineup since guitarist/vocalist John Nolan and bassist Shaun Cooper left the band in 2003.  There are two ways a band can go after being rejoined by two founding members nearly ten years after they parted; either they move in a progressive, new direction proving how much they’ve grown as musicians over the years, or they can rehash what they’d been doing  in the old days.  They chose to go with leftovers.  The album sounds like the band got together in a studio with the specific intention of bringing back the worst of what music was in the early-to-mid 2000s, for example, whining just for the sake of whining.  We all remember how Blink-182’s ‘I hate high school…fart’ mentality started out as humorous, but that became increasingly pathetic as they pushed their way through their thirties.   That’s how Taking Back Sunday’s new album feels.  It sounds like the band is trying to play music like the kids they once were, but the problem with that is that there is a new generation of kids playing a much more authentically youthful style.

Taking Back Sunday undeniably helped to influence that style, but as foregoers they could offer more to music now by helping to guide it toward something new and evolved.  It’s that lack of evolution that proves the band was a sound-alike in the first place.  They’re regurgitating what they and other (better) bands have already done.  One lyric from the new track “Money (Let it Go)” stands out: “Get gone before it gets too late/Keep on keeping away”.  They should have followed their own advice.  Let it go, guys. 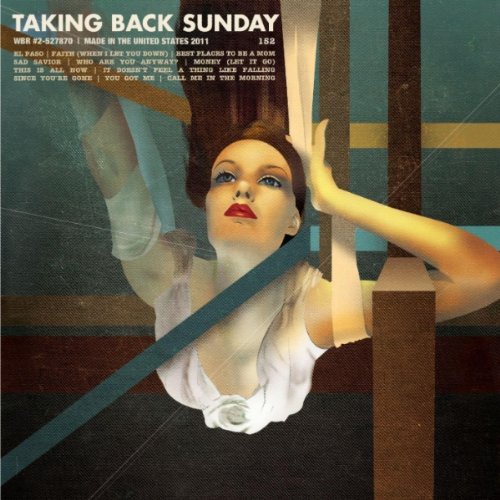