Want to hear Robert Smith lending his vocals to a flawless electronic haze? Do you want an opening track that leaves an impression that is not only a memory but a physical dent in your brain? Do you want to forget about your mortgage, your kids, your sweaty overweight girlfriend, your college loans, your every vice and obstruction and lack of motivation? Fret not, sweet things, The Japanese Popstars have a cure for you.

Their album, Controlling Your Allegiance, is Electronic bliss, something worth putting your headphones on for. Despite their name, The Japanese Popstars are based out of Ireland. Yes these “popstars” are DJs, Irish ones, pale and cute in a cuddly coffee shop nerd kind of way. They are however, not to be musically reckoned with, whether you’ve heard of them or not. They’ve remixed songs for heavyweights like Beyonce, 30 Seconds To Mars and The Gorillaz not to mention the entire Tron: Legacy soundtrack. They’re signed to Gung Ho Records, which boasts “110% Electronic Soul” on their website.

Japstars (one of their many monikers) are just that, electronic soul. They are part of a long-awaited and refreshing wave of artists who fit this label, among them Deadmau5, Justice and Crystal Castles. Controlling Your Allegiance boasts memorable guest appearances from the likes of none other than Robert Smith (The Cure, duh) on “Take Forever.” Also  Lisa Hannigan on the straightforward “Song For Lisa,” and Tom Smith of The Editors on the closing track “Joshua.”

My only gripes with this CD would be that parts of it sound like strenuously remixed versions of ancient console game soundtracks like some vertical-scrolling space shooter for the TurboGrafx-16. At times, this works in its favor, but on “Tomorrow Man” and “Falcon Punch” it can be a bit much, unless you’re on drugs.

The band were bold and right in their choice to include vocals for the first time in their five-year career. Controlling Your Allegiance is no flop or misstep, it’s a win. In no time you’ll find yourself repeating the line “You try too hard to keep control, just relax and let go,” in a robo-sensual monotone, from the unforgettable intro song “Let Go.” 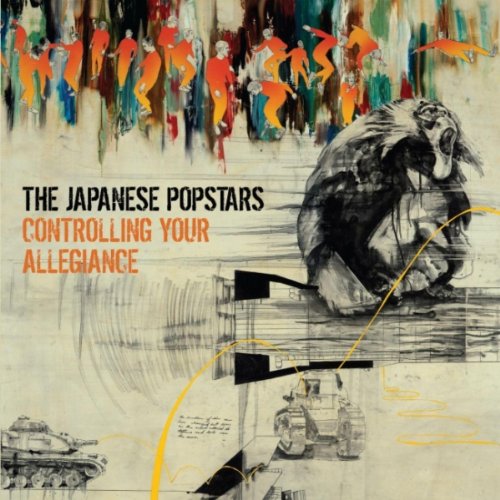