That’s Outrageous is a screamo band through and through. Teenage Scream is seriously the equivalent of listening to bricks roll around in a washing machine. The screamo style of rock thankfully faded from the public eye a few years ago after all the Hot Topic kids sobered up.  However, even if this album came out then, it would still suck. The lyrics that aren’t screamed at you are super whiny and aggravating.  It’s no surprise That’s Outrageous have lots of songs about heartbreak; because no woman would want to be with a man who makes putrid music like this.

The album opener, “The Poughkeepsie Tapes”, opens with some soft pianos and it is the albums only highlight.  The most annoying thing about the album hands down is the brute they have screaming at you. It’s so completely over the top and unnecessary that if I wasn’t writing this I would have turned it off. The band is all over the board with the sounds they drop into the songs. Do not get me wrong, I love diversity in music, but this thing has hints of post-hardcore on songs like “#Winning” and “The New York Chainsaw Massacre.” While songs  like “Star69” and “Is It 2012 Yet?” venture into and mallrat synthpop.  The biggest cluster fuck on this whole album though is “Re:Why I Killed My Girlfriend.”  It’s another miserable screamo track that tries to tie drum and bass into the song. For no real reason whatsoever, for about a minute and a half the song gets all emotional and turns into a Dashboard Confessional chorus; then more screaming. There are all kinds of other influences thrown in there. I can hear some pop-punk, some metal bass lines, there’s even a rapper on one track. As I stated before, having a full plate is good, but if you take all the food on your plate and blend it together, it’s going to taste like shit. This is a band that shouldn’t have progress beyond a MySpace page, yet they have a record out. 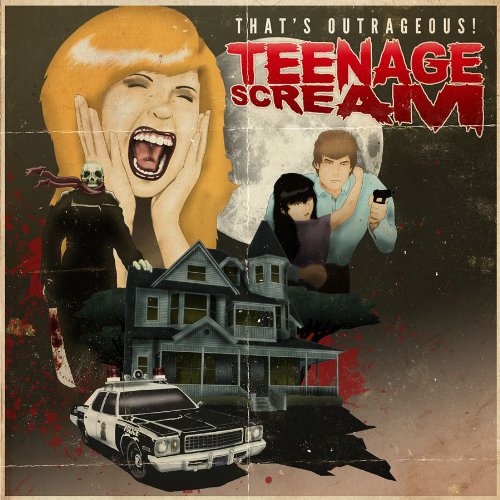