Flash back to the summer of 1995; sixteen years ago two DJs, Eric Hilton and Rob Garza, broke ground with the formation of Thievery Corporation. The Washington-based revolutionaries take inspiration from British trip-hop acts Portishead, Massive Attack and Tricky.

Unlike their influences their style has never been heavy and dismal enough to be considered genuine trip-hop, yet remains in their very own down tempo realm. The DJ duo amalgamate with adeptness reggae and R&B beats with down tempo electronica.

Thievery Corporation’s adroitness rests in their ability to coat their beats in political, understanding and love overtones. The Corporation’s sixth album, Culture of Fear, does not stray far from their signature formula. Their trademark concoction of true instrumentation, electronic motifs and lyrics encompassing everything from old school Jamaican dub to Brazilian bossa nova are unspoiled on their latest release, especially on their eponymous fulminate track, “Culture of Fear”.

Their title track is voiced by Boston hip-hop artist Mr. Lif and comprises of the same old paranoid and political traits that make up The Corporation’s craft. “Culture of Fear” is a stand out, pivotal and innovative track that with the high standard set by Mr. Lif, threatens to outshine the rest of the album.

The Corporation also possess another prowess; their adeptness to bank on an unabridged range of musicians and vocalists that are able to fashion unwind ballads “Where It All Starts” and “Take My Soul”, ’70 type TV show themes conjured up on “Web of Deception” or even weighty beats characteristic of “Is It Over”, all leading back to their trademark sound.

Yet, Culture of Fear, allows for some latitude in terms of their distinctive formula. Missing in action are the customary French tune and the sitar, principle parts of The Corporation. Avid fans should not be deterred for “Safar (The Journey)” more than make up for these lost elements.

Thievery Corporation continue to develop their creation of true cultural melting pot sounds. The guitar work from Robbie Myers and Frederico Aubele permits Culture of Fear to attain some immediacy and features to The Corporation’s electronica sounds. Although, LouLou Ghelichkhani provides lustrous vocals, her lovely voice on tracks such as “Where It All Starts” does not break predictable boundaries as the DJ duo did years before. Likewise, the wholehearted vocals by the Nigerian, Sleepy Wonder, follow that same pattern. To fans’ despair, Culture of Fear does not push the envelope, like Thievery Corporation is known for doing. 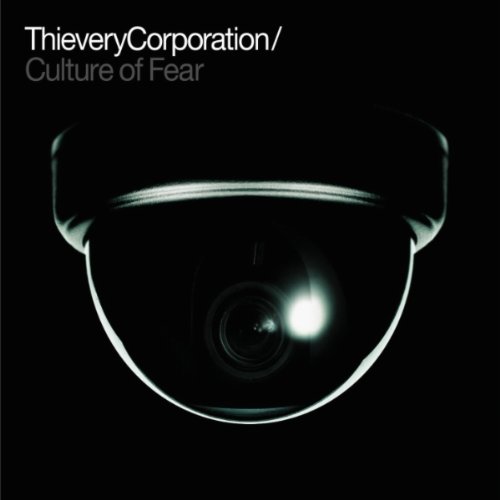