Damnesia is Alkaline Trio’s eighth studio album, if you can call it that. It’s actually more of a hybrid acoustic/best-of album featuring an assortment of random favorites from previous records in unplugged format not to mention three new tracks, “I Remember a Rooftop,” “Olde English 800” and a cover of “I Held Her In My Arms” by The Violent Femmes. Damnesia celebrates the band’s fifteenth anniversary together, well, mostly, as lead singer Matt Skiba and bassist Dan Andriano are long term members while drummer Derek Grant joined in 2001.

This Chicago-based band has been around since 1996, releasing their first album in 1998. I can’t for the life of me recall anyone I knew listening to this band before their critically acclaimed Good Mourning album. So if you’re out there, hardcore Alkaline Trio fans, I salute you for hanging in there. The band has had some up and downs, and this may be filed under the latter.

Damnesia offers little to those who are not devout AT fans. This applies especially to the new songs. “I Remember A Rooftop” is emotionless while “Olde English 800” is a useless screeching bonfire drinking song that thankfully only lasts a minute and a half. The Violent Femmes cover is a great imitation, though you may be taken aback to hear Alkaline Trio do country.

Fan favorites like “We’ve Had Enough” and “Radio” fall flat while “Calling All Skeletons” and “This Could Be Love” are decently executed yet, like half of this album, sound like leftover build-up from a Linkin Park song. The other half will leave you wishing you were listening to the original recording.

Though it wasn’t a single, “The Poison” from Crimson feels like a song that should have been included though I guess it hardly matters. For a type of music that Spin branded as “punk with a bad liver and a broken heart,” nearly eight years ago, I have to say it’s getting old in 2011. I can only tolerate songs dedicated to sadness, skeletons, spiders and coffins for so long. Alkaline Trio should find a better way to reinvent themselves, because this album is cheesier than Elvira’s wig. 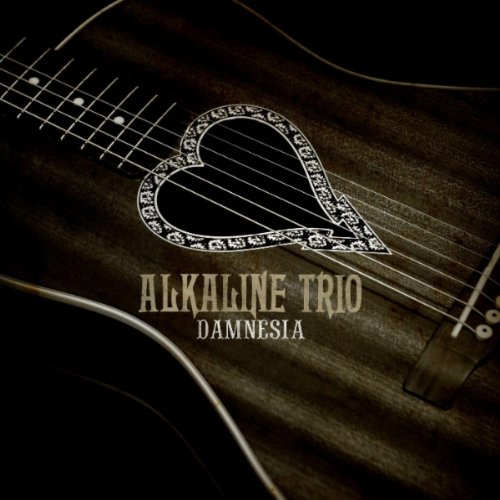