Brian Eno: an art-pop virtuoso? An inordinate collaborator? A music composer for film? A marvel technician? An ingenious pop artist? An innovative, variegated media producer? Or all of the above?

When you reflect on this avant-garde, it’s hard to get around the extensive field of skills and projects that make up his plethoric catalogue. Nevertheless, it’s customary for us to create our very own definitions of what Eno’s baseline artistic front is. This mastermind is anything short of genius, renown for playing a pivotal part as producer in musical masterpieces the likes of Talking Heads’ More Songs About Buildings And Food and Fear of Music, and U2’s Achtung Baby and The Joshua Tree.

However, you choose to perceive Eno, your definition of the complex artist is certain to appear on Drums Between The Bells, the sophomore LP. Unlike last year’s instinctive and ambient release, Small Craft on a Milk Sea, Brian Eno now claims new cursory territory with this heartlessly unpredictable collaboration with British poet Rick Holland.

Holland provides spoken word pieces, read by numerous different orators – one of whom is a women from gym and another, one he met outside near the studio – to coat Eno’s already illustrious music, continuing Eno’s streak of impeccable work.  Drums Between The Bells much like Small Craft emanates splashes of almost outmoded trip-hop, downtempo beats and rotor-like live percussion. The poetry of Holland provides a matchless touch, staying away from the language subterfuge or the ironic voice that surrounds modern styles today.

The fantastic thing about Drums is that it is haphazard, but not unsystematic – the motive of each song is to compliment the poem at the core. Although, the record claims an unheartend pace, retreating in quick variation. Drums brings Eno into inexplicit manners, beginning with the squeal filled jazz-poem thunder “Bless This Space.” This unpromising track sets the stage for the album with light drums providing a jazzy limber backbone for humming melodies and splashes of lingering synth.

The record then dips into tracks, which will melt your soul, embellishing Holland’s poetry. The delightfulness begins with the ghostly New Age-feel dribble “Dreambirds,” not before brewing up a frenzied tangle for “Sounds Alien.” What’s more is the ghoulish track “A Title”, sounds almost as if it was emanating from a “Golem” in one of the Lord of The Rings films.

The plain-hearted tenderness that surrounds Holland’s talent is drawn out incredibly well with the aid of female readers. Eno’s music amalgamation reacts with exceptional susceptibility on “Seedpods” and “The Real.”  Eno’s sonic texure and spatial dimensions intrigue the listener even when Drums Between The Bells slides into hasty territory with the reggae, jungle breakbeat,  “Dow”.

The best thing about Eno is he always maintains his post on the watchtower, ready to pounce on the next unexpected move, the next parternship, the latest way to get into your head to fill you with your lifelong soundtrack. Even if Drums Between The Bells takes the last bit verbatim, there are parts, which do exactly that, coalesce the perfect mix of poignancy, dance grooves and inquisitiveness. 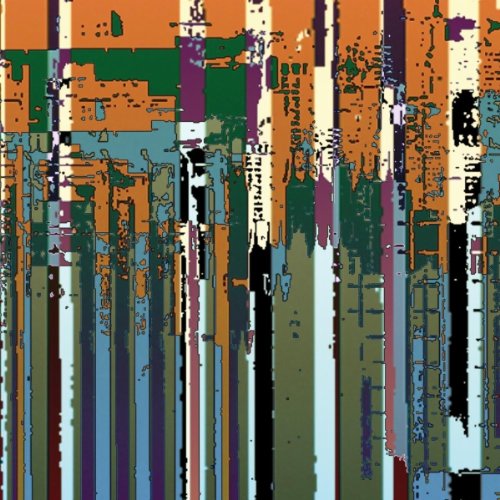