You know that one band that had that one song that was in that one commercial at one time? We all know that commercial where we’re dying to know, “What song is that?” And maybe you’ve searched up the lyrics you’ve remembered on Google. And then, sadly, you realized you liked the snippet in the background of the commercial more than the whole song itself. That’s how I feel about The Asteroids Galaxy Tour’s “The Golden Age EP,” whose songs have been the subject of those very commercials.

This space-rock, jazz-infused and synth-loving Danish band’s latest EP sounds great from the title track, which was featured in a Heineken commercial this past year (yet “The Golden Age” was initially released in 2009). The song was popular over in Europe, and garnered minimal success here in North America. It’s a smooth poppy-jazz tune accompanied by Mette Lindberg’s squeaky Danish voice. Admittedly, it’s a pretty solid single, but it seems as though this is as good as it gets for this five-track disc.

The next three tracks are nothing special, noisy, and terribly convoluted – respectively. It’s like they repackaged their single from their 2009 album, “Fruit,” and then threw in some songs that couldn’t even be considered so-so b-sides. Stay clear of  “One Giant Freak for Mankind,” because you’ll be met by Lindberg’s voice at her worst. She sounds like she’s at a karaoke bar, up on stage, drunkenly singing one of her own songs like a washed up has-been of a vocalist. If that’s not enough, the mess of horns and synths backing her will give you a substantial migraine.

Quite frankly, the remix of the title track by Prince Vince is better than any of the new jingles the band put on this mini-album, and I wouldn’t be surprised to hear it in some DJ’s dance mix at your local nightclub. Perhaps The Asteroids Galaxy Tour should stick to writing tracks for commercials. They did quite well with “Around the Bend” which was picked up by Apple for an iPod Touch commercial a few years ago. “The Golden Age” got stuck in my head, but I can’t wait to get the rest of this EP out of it. 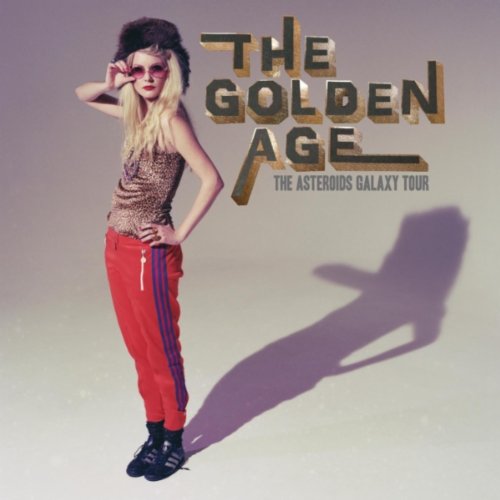