Just Once is an EP recently released by How to Dress Well, the stage name of Brooklyn R&B/lo-fi artist Tom Krell. His sophomore effort, Just Once leaves much to be desired with respect to musical capability. Krell’s initial work, prior to his debut album Love Remains, was lo-fi, reminiscent of 80’s and 90’s R&B. In his latest release, Krell brings the R&B sound to a new realm, combining ethereal ambient orchestral arrangements with his usual style. The resulting soundscapes are stunning and creative – until the vocals are added in.

How To Dress Well has a lovely instrumental range, creating beautiful chord progressions and devastatingly desolate layers of sounds – strings and synth sounds alike. But Krell’s voice is just not good enough. Although he is well aware of how to use a falsetto voice as an instrument – how to dress it well, so to speak, his own does not have the tonal accuracy required for such a venture.

Choral harmonies such as those executed so gracefully and skillfully by the likes of Sigur Ros and even Fleet Foxes start the first track, “Suicide Dream 1”. Ethereal melodies are layered upon one another to create a lovely, rich sound – haunting and evocative. And if Krell could stop there, or expand on that undeniably beautiful music in a more creative direction, he’d have himself a winner. But indecipherable lyrics and wailing notes that are not quite in tune really break the spell and make the listener wonder why the album is still playing.

“Suicide Dream 2” and “Suicide Dream 3” follow much the same pattern, with some variations in the types of harmonies they use. “2” has some well-played piano riffs and “3” moves to a string ensemble. “Decisions” throws in a catchy rhythm but occasionally understandable lines like “Don’t forget to check your cell phone” disturb any chance of creating a truly enjoyable track.

Overall, Just Once may demonstrate How To Dress Well’s musical creativity and skill at arranging a good piece of music. Krell’s voice is certainly workable. But until a minimum standard of pitch correction and musicianship are met, How to Dress Well cannot achieve any real musical success. 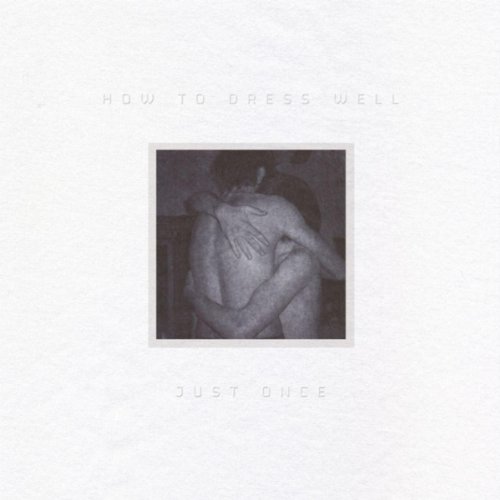