On July 19, 2011, Pictureplane released Thee Physical on Lovepump United. It is the follow-up to 2009’s Dark Rift which explored much of the same musical territory. However, it is the conceptual matter that has taken a forefront on this latest effort. Travis Egedy, the mastermind behind Pictureplane, wrote a manifesto to express his thought process while creating the album. The art school student who made his home in Denver, Colorado at a warehouse named Rhinoceropolis has done remixes for Crystal Castles and collaborated with Zach Condon from Beirut. HEALTH’s Jupiter Keyes helped Egedy produce/mix Thee Physical and it is interesting to hear the idea exchange between them.

Thee Physical’s lyrical content deals with the struggle to feel real in an ever increasing virtual society. Tactile touch is compared to nonphysical closeness and (from the manifesto) a greater “understanding of the third dimensional “real” is expounded upon.

From the very beginning Thee Physical sounds a lot like a warped version of Dark Rift just with better samples and more interesting vocals. The first track “Body Mod” includes great placement of a portion of Wild Child’s “Renegade Master.” Pictureplane’s animated quick beats and manic keys make it a tight opening jam. Egedy has mastered a breathy vocal style that is both a little unnerving and kind of dreamy.

Fifth on the album is “Post Physical” which delves into the concept of “a world with no true physical limits.” It’s like an anthem for being emotionally close with someone without any proximity whatsoever. The track is so smooth and romantic with wailing industrial sound layered on top of deep dark electro. Number seven “Real is a Feeling” has a great club melody and the mid beat breakdown section is standout.

“Trancegender” is up next and although no featured singers are credited on the album, according to Stereogum the female voice is provided by Zola Jesus. This song seems to be hopeful for a world in which people feel comfortable to be in a relationship with anyone they want regardless of gender or sexuality. “I don’t care what we mean to them,” she sings. However, Pictureplane has received some flack for trying to represent a community he doesn’t belong to. All politics aside, the track is made for dancing with abandon.

The final track is “Thee Power Hand” and it is a straight up banger. With so much bass coming in waves and such intense emotion lyrically, the song closes out the album epically. The manifesto reads “The body. Your desire. Thee new desire. The burn. What does it feel like to feel? Touch your every desire. The human body/humanity understanding new forms of communication. Silent, physical communication through the medium of thee power hand.”

Pictureplane is touring the U.S. in July and August with Teengirl Fantasy and Gatekeeper. 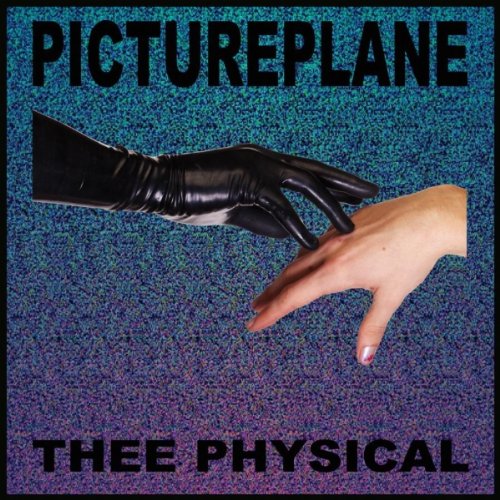