Confusion of spirit will not be found in The Wayward Fire, the third album by The Chain Gang of 1974. In fact, to listen to The Wayward Fire, is to know that Kamtin Mohager (the man behind the Chang Gang curtain) is lovingly, un-ironically enthused by his eighties-inspired beats and lyrics; so much so that many of his songs go on too long, like over-indulged children placing their own orders at a restaurant.

Pop-80s culture has been making a comeback in hip-aught culture for a while now, and popular 80s music—once regarded by some as evidence of a generation filled with vapid, unchallenged, passionless youth—has made a resurgence along with it. Bands like Journey and Queen have found a new set of fans, many who embrace that entire era with a spirit of detached, mocking admiration, making their devotion hard to comprehend. Do they like it—or do they like making fun of it? Mohager takes a risk, playing straight to an audience with questionable motives, an audience that’s often snickering, and there’s a reason he succeeds.

The Wayward Fire is primarily an album of dance beats, and it is exceptionally good at being exactly that. Most songs open with familiar notes, a teasing approach that could result in either disaster or satisfying suspense (compare to: the first seven seconds of “Under Pressure” and “Ice, Ice Baby”). If taunting you with a few recognizable 80s riffs only made you want to listen to The Bangles, then Mohager would have dealt himself a losing hand. But Mohager never dwells too long in the old familiar places, and with songs so comparably catchy to the 80s music they’ve been inspired by, and with beats so driving they’ll make your foot ache, the risk repeatedly pays off.

While The Wayward Fire (like many trends) may be forgotten in a few years, it is undeniably an album of the times. Not because we are welcoming in a generation of unaware, socially negligent youth, but because sometimes those youth need something familiar they can roll their eyes at, something to ease the strain. Sometimes they just want to dance. 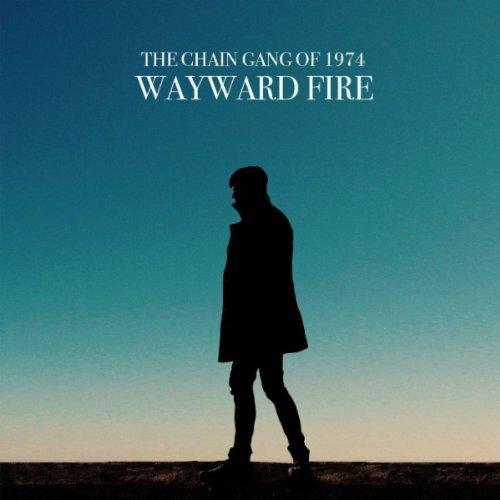