By the middle of 2007, Portugal. The Man (no, it’s not a typo; that’s how their name is formatted) seemed like a poor man’s version of the Mars Volta. Jolting, guitar-driven prog-rock with bizarre tempo changes weren’t call to bash the band, but the punk fusion thrown in at times was enough to deny the Portland quintet of artistic measure. But in 2008, all that changed. The band recorded Censored Colors on their own label and altered their entire sound by embracing the piano and shying away from John Gourley’s guitar fuzz that was so prominent the two years prior. From there came the commercially successful (yet don’t take that poorly; it’s arguably their best record) Satanic Satanist and last year’s electronically motivated American Ghetto.

And now, not even a year-and-a-half later, Portugal. The Man give us their sixth studio LP and first with Atlantic Records, In the Mountain in the Cloud. Let it be known that this band has accomplished the astonishing feat of putting out an album every year they’ve been together, so they’re not only proving they’re a creative bunch, they also can plead not guilty to testing their audience’s patience. However, this causes one of two problems for them: A) Either fans will be generous to the album because they didn’t have to wait long for it to come out, or B) they’ll be more likely to dismiss it on first listen because they’ve already got so many other albums from which to choose. I fall into the the first category.

In the Mountain is arguably the least interesting album Portugal’s released since their second LP, but the fact remains that it’s still interesting, and that right there says a lot about these guys. Every single song sounds built for movie trailers, but that in essence means the album’s very listenable. It’s just that the reach for a commercial outlet seemed way too noticeable this time around, unlike Satanic Satanist, which had experimental spots to it.

Chalk it up to a band with a six-year catalog, though. We’ll see what happens the seventh time around (most likely next year?), but my guess is this band’s reaching for a mega-hit single, and after six years of hard work, that’s nothing to knock them for. 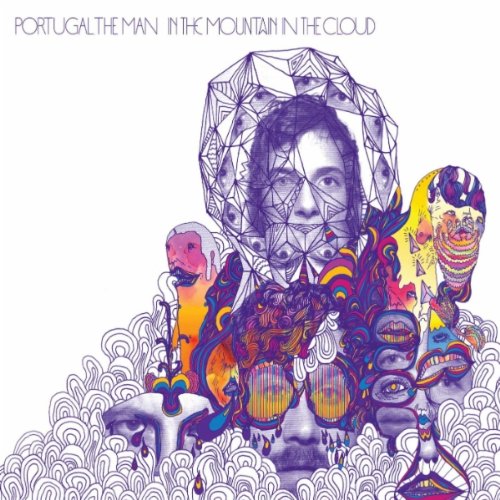