Indie at the heights of its mediocrity, Brilliant Colors’ sophomore album Again and Again is musically nondescript. Great as background music, the album suffers from a lack of alertness – there is no life, so to speak. Lively instrumentals pervade the album, particularly on “Back to the Tricks”, but vocals that lack “punch” detract from the album as a whole. The set begins with “Hey Dan”, a perky little number reminiscent of early Belle and Sebastian, but without drive. Lo-fi without seeming intentionally so, the band moves on to “How Much Younger”, where the breathy vocals are somewhat appropriately used. “Value Lines” sounds like it was improvised, recorded in one take, and never listened to again. It is possibly the low point of the album. “Round Your Way” is a pleasant piece, performed at a low register, which works well for this particular group. Quintessentially pop-rock, this track features happy riffs and upbeat drumbeats.

The highlight of the album is without a doubt the fantastic drumming by Diane Anastasio, formerly of Carnal Knowledge. Rescuing the album, and probably the band itself, from running aground multiple times, she provides the anticipation, push, and energy that keep the music afloat.

“Cult Face”, a short track whose musical purpose is not quite clear, features four notes in various permutations and combinations to no real end. Thankfully, the track is over before the listener gets too bored to listen to the rest of the album. “Painting Truths” bears a good message with well-written lyrics, which are spotlighted by a simple melody that takes a back-seat. “Hitting Traffic” is almost “Value Lines” all over again, but stops just short of being a total disaster.

“Telephone Stories” is by far the best song on the album, and should perhaps be re-released on another album that has more songs like it. Strong bass lines are heard for the first time, and are worth the wait. They provide Brilliant Colors with the foundation it lacks throughout the rest of the album.

Again and Again is not much to listen to, and if it weren’t for the final track, would be good reason to write off Brilliant Colors as musically unsound. But perhaps they do have potential. With phenomenally better production, stronger vocals with significantly higher resolution and a sharp sound, Brilliant Colors stands a chance in the present musical scene. The instrumentals are already up to par, and with a percussionist like Anastasio in the mix, a significantly better album shouldn’t be too hard to make. Hopefully. 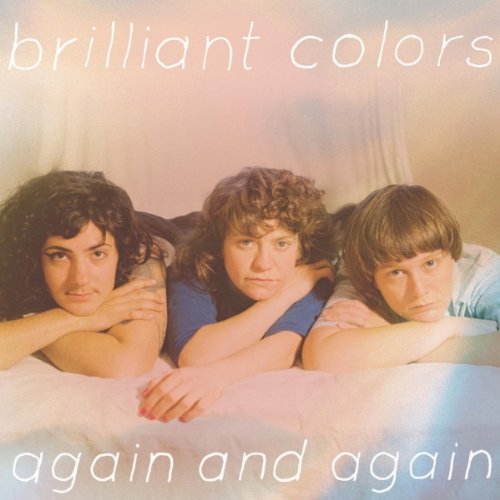