Initially released as the first of two proposed albums for 2010, I Speak Because I Can turned out to be the only music from folk-rocker Marling, and it caught a nomination for the 2010 Mercury Music Prize and won Best Female Solo Artist at the Brit Awards.. Before formally releasing any music, she appeared with notables on the British indie-music community and lent her vocals to tracks by The Rakes and Mystery Jets.

Only twenty, Marling has a seasoned voice and this sophomore release finds the polished production hand of Ethan Johns guiding a collection of ripened lyrics that go beyond the coming-of-age essence that her debut album, Alas I Cannot Swim, evinced. This album of ten songs ranges beyond girlish dreams and young love; it explores heartache and heartbreak, sex and dying and longing.

The arrangements and lovely acoustical guitar work prevent the overall feeling from sinking into gloom and despair. Marling’s voice is smooth and throaty, her London-country accent breaking through just on the edges of the quieter tunes.

The title track is the last one, lamenting on the bitterness of the aftermath of a broken marriage.  It’s quite a raw set of lyrics from someone who hasn’t been married, but that is the true soul of an artist shining through. The influences of her former drummer, Marcus Mumford, now of Mumford and Sons, percolates in the broad orchestrations of typical folk instruments: resonator guitar certainly, mandolin and soft drums. It works with her style and she is comfortably ensconced in the agony of relationships and responsibilities.

Hope Is In The Air is my personal favorite, the story of a relationship dissolving. It unwinds languorously, the music building in strength and the lyrics in vehemence until the final chorus. The background mandolin adds subtle sweetening that the piano can’t accomplish and is the perfect element for the increase in passion.

Blackberry Stone beautifully showcases Marling’s vocal range and her ability to write of wistfulness and regret, wrapping it in nostalgia and making you want her to just keep singing.

Laura Marling promises that second album this year, September perhaps. A Creature I Don’t Know has been deferred several times but she has stated it would be worth the delay. She is already touring with the new material to good reviews. If she continues to build on the style and strength of I Speak, her third release should firmly establish her as a significant force on the indie scene. 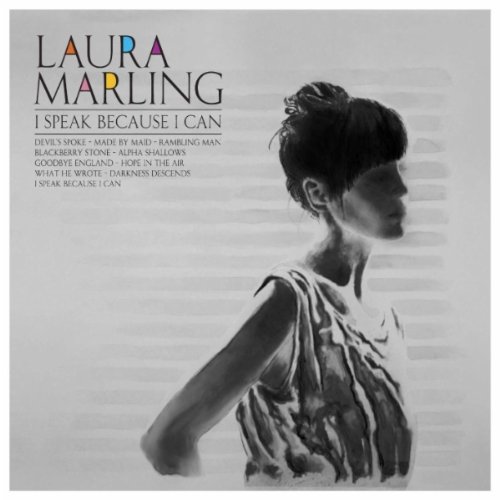