Travis Stewart is a character actor of electronic music, he’s been around forever (since 1999) but you probably don’t know his name. He is the man behind Machinedrum and a strong influence in the electronic music world in general. He cites many genres as his own inspiration, everything from the ordinary (urban and hip-hop) to the downright bizarre (Chicago juke and ghettotech) and all are strongly visible on his latest release Room(s) and second this year, though under a different name.

Stewart’s brand of dreamy sample-filled tracks are an electronic whirlwind, a mostly mid-tempo but nonstop acid-trip. People seeking simplicity and single-listen enjoyment should not look to Room(s). From a man with at least eight different nicknames and a discography as lengthy as a band as old as R.E.M. or Sonic Youth, though many of Machinedrum and his other main project, Syndrone’s albums are shorter, Room(s) is a full-length look into the mind of an electronic wizard. It reads as sort of a collage of genres, samples, beats, ideas, the ADD musings of a Brooklyn-based workaholic/producer.

This bass-driven jungle-infused mesh-up works and doesn’t. The schizophrenia of it may actually be planned, while each track differs just enough to still eventually blend. The unique single “Sacred Frequency” drowns its listener less than others and “The Statue” throws manic energy at you like a freaky techno hurricane. “U Don’t Survive” and “Now U Know The Deal 4 Real” stand out with stronger vocal sampling while “Come1” is sometimes reminiscent of 90’s house music. “Door(s)” and “Youniverse” could have been better but are lost in the repetitive auto-tune trend commonly found in this genre.

Overall Room(s) is conceptually nice but Stewart gets lost in the Edward Scissor-handing nature of his work, splicing sounds too breezily for his own good to a point of awkward abnormality. For all he talks about others pushing boundaries, he will likely never reach a level of success that allows anyone to realize he’s done so. As an artist he has to decide whether or not he wants to cook something with not only a great sounding recipe but something that tastes good as well. 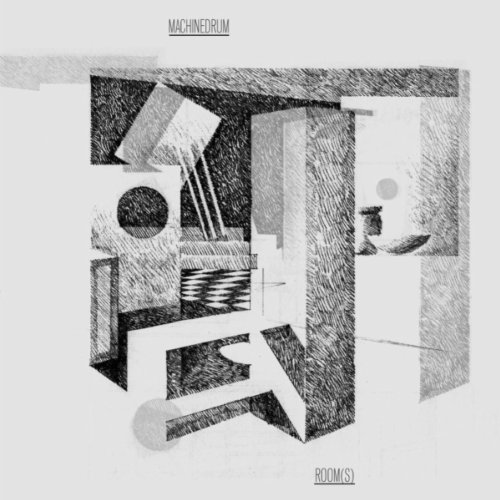