What do you get when you cross a two-hour drive, an intimate venue in Vermont, and an indie rock band? You get one awesome show that I haven’t seen the likes of since I attended Green Day’s three-hour marathon of a concert last year! The Airborne Toxic Event (TATE), hailing from Los Angeles, CA, is a band who isn’t going to be playing small venues for much longer. Due to my constant need for a concert, just coming off the high that was the Osheaga Music Festival, and my adoration for alt/indie rock – I grabbed a friend, secured a photo pass, hopped in a car and cruised down to Vermont. 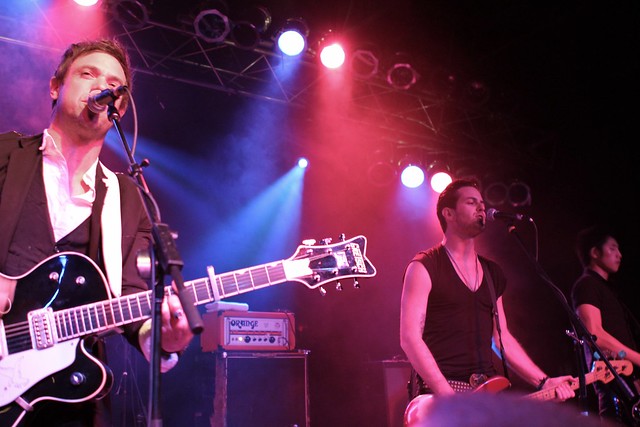 TATE hit the stage in their typical black outfits and opened with “All I Ever Wanted,” violin, guitars, and drums playing together in perfect harmony. “Numb” hit the audience hard, and lacking a sense of feeling was the last thing anyone in the crowd wanted. Anna Bulbrook (violin, keys) was a marvel to watch as she swayed this way and that while jamming the keys and providing backup vocals, dressed in her usual leather shorts. Mikel (vocals, guitar, keys) belted out the deep and sultry lyrics of “All For A Woman,” but not before giving a short explanation about the song:

“We had this song on our first record that got really popular.” He said, “And it was about seeing my ex-girlfriend in a bar late at night – ” while cheers erupted somewhere in the hall, “- We’ll be playing it later [“Sometime Around Midnight”] – don’t worry! But we went on tour and did 350 shows all over the world… and what sucked was that I had to sing about my ex-girlfriend every night. So I wrote this song about that.” 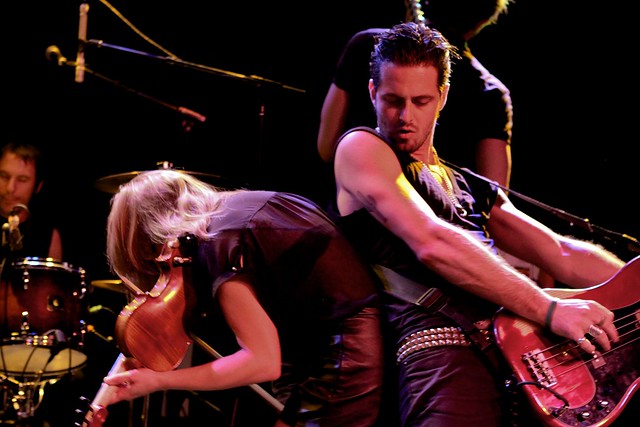 All the members of The Airborne Toxic Event seemed to be multi-talented, as instruments switched throughout the night. Steven (guitarist) became a bassist, and at times, a keyboardist. Mikel was on the keyboards at times, and Noah even stole Anna’s violin bow to use with his bass. They looked to be having a ton of fun up on stage. While it may have been their “first time in Vermont” as Mikel mentioned, fan favorite “Changing” had the entire hall screaming the chorus. They were definitely no strangers to this part of the world. The real highlight was during “Gasoline,” when Anna descended into the crowd, violin perched on her shoulder, and went crazy for her solo. She danced, and basically backed up right into my friend and proceeded to push him halfway across the club’s floor. Needless to say, he didn’t mind – but regardless, she can play a mean violin. Mikel also came into the crowd a couple times, inciting a jumping pit of concert-goers, even grabbing me by the shoulders and shaking me. 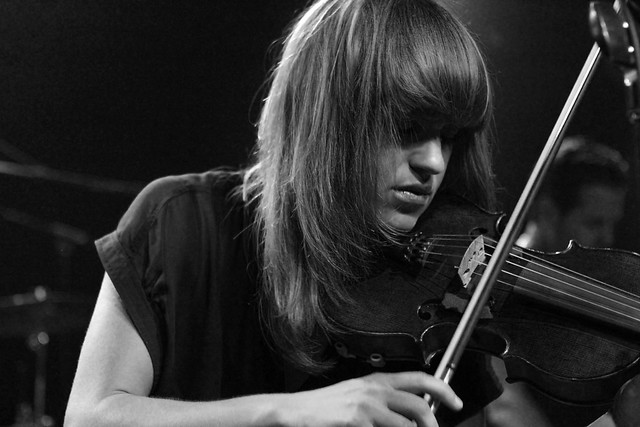 More bands should really take note that crowd interaction is an essential part to a show. Whether it’s pulling someone up on stage, stage-diving, or going into the crowd – this is the factor that brought TATE’s show to the next level, and made it one of the top shows on my list. 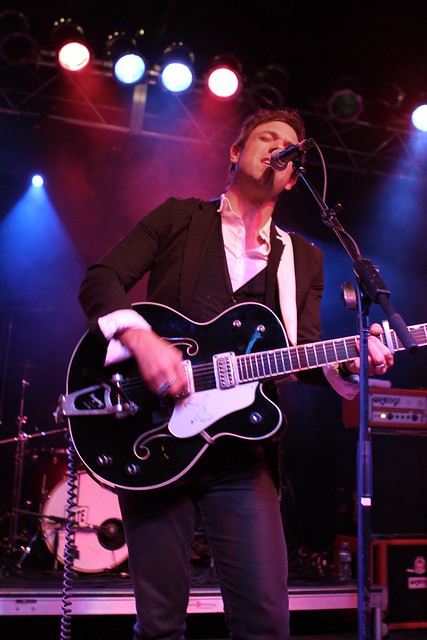 Their faithful fans summoned them back out for an encore… an encore of five songs. The band rocked through The Clash’s “I Fought the Law” and Johnny Cash’s “Folsom Prison Blues,” while also playing their hearts out for “Does This Mean You’re Moving On?,” “Missy,” and “All at Once.” Mikel broke a string on his guitar just as the song was ending. He let it go, no need for his backup, and sang the last note of a beautiful song, on such a beautiful night.