Don’t let Grooms’ Brooklyn roots or Friendster ties fool you, they sound suspiciously like the Midwest. Not just a band from the Midwest, but THE Midwest, or the West Coast. There is an airy glow to their latest album Prom, one seen from peers like Bear Hands or Smith Westerns. It’s not just me, indie band names are fucking weird aren’t they?

Regardless of title, Grooms and their fittingly named sophomoric effort are the epitome of melodic yet modestly ticked-off hipster twenty-somethings. There is something seemingly careless in Travis Johnson’s 90’s alternative-style voice, which is perhaps the reason he is drawing such strong comparisons to Stephen Malkmus of Pavement. It also explains the west-coasty feeling I’m perceiving, as their first CD was also heavily compared to Modest Mouse and Johnson with Isaac Brock.

Forget about who they sound like. Let’s talk about what they sound like. Guitar drifters, mostly strumming through songs slowly with intermittent bursts of aggressive amp electricity. The songs are relatively on the short end especially considering the architecture of each one, they feel as if they sprawl upwards and sideways like a New York loft with an open porch while factually they are as long compared to a skyscraper as my own two legs.

Prom focuses heavily on youth, with the Sonic-Youth-centric “Prom” obviously centering on the 17-year old age range and  “Aisha” zeroing in on the impact of virginity lost for a young woman. “Don’t Worry You’re Prettier” ventures into the bizarre, discussing an eight-year old homeless boy whose life mirrors Peter Pan, in the agelessness sense. Johnson belts out matter-of-factly over the song’s unusually strong bassline,  “You will never grow and twist, you will always feel, like this,” as if it were the most normal thing in the world.

On “Sharing” bandmate Emily Ambruso lends her angelically-childlike vocals to the mix, which only throws kerosene on the already visible theme of the album. The most magical is perhaps “Tiger Trees” which sets a tone for the record that is later broken by the crazy patchwork distortion of “Imagining The Bodies.” That tone is however, immediately brought back by the droning-romanticism of “Skating With Girl,” and continues thereafter. I felt Drummer Jim Sykes nearly falling asleep on that one.

There’s nothing on this CD I would subtract, no filler. I couldn’t even do without the minute-long instrumental on Proms “Psychics,” as it allows an intermission into the album’s equally or even slightly more ambitious second half. That’s how worthwhile this tranquil little experience is. 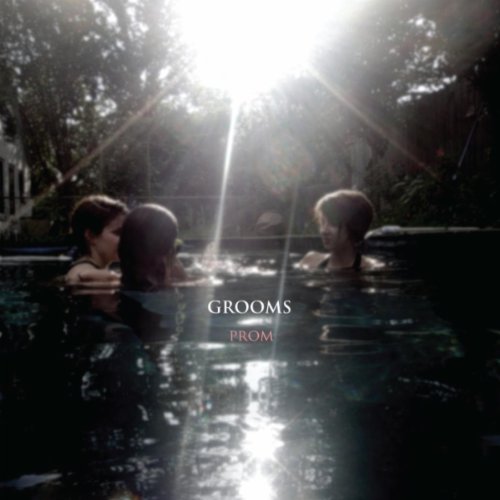