I tend to give indie rock a hard time. While I love some indie rock I come across, most of the time I find it’s just suited for when you’re studying at your local coffee shop as background music. Even then, I tend to listen to my own music than the coffee shop’s soundtrack. Release the Sunbird’s “Come Back to Us” is a great example for something you’ll find playing over the loudspeakers while sipping your cappuccino, and it’s definitely not a bad thing.

Zach Rogue’s (frontman of Rogue Wave) new project delivers a really happy vibe from the first track to the last. Seriously – this is a really happy-sounding record.  The first note I wrote down about the opening track was merely “happy sunshine.” Though “It’s All Around You” does open with a cool guitar riff and transitions into a really nice preview of what the rest of the album sounds like, with its “middle of summer” kind of feel. The concurrent male-female vocals of Rogue and Kate Long add a really nice touch to a few tracks, such as “No Light” and “Best Thing For Me.” They harmonize really well and solidify that joyous sound throughout the album.

I do have a few gripes about the disc though, and it’s mainly what I dislike about indie rock. A few of the tracks are very minimalist and don’t have much to offer. For songs like “A New You,” it works really well with its acoustic guitars and hopeful rhythm. However, “Everytime You Go” and “Always Like the Son” just don’t offer enough musical background to make it anything memorable. If you’re like me, these tracks, which are spaced throughout the record, will be skipped over time and time again.

Other choice tracks include “Back Strikes Back,” which sounds just as happy as the other tunes, but offers a somewhat catchy beat. This one is memorable and ultimately has a more memorable sound than its predecessors. “Outlook’s Anonymous” finally offers a proper close to 13 tracks of “happy sunshine,” with a ominous organ opening that bursts into a ceremonious ending of guitars and overlapping vocals.

I don’t have that many negative points about the album, other than its inability to differentiate one track from the next at times. I can look past that and admire this sort of indie rock. Does that mean it’ll be on repeat in my iTunes library for the next week? Nah, probably not. I’d rather reserve it for when I find myself working at the local coffee shop and they ask me to contribute to the soundtrack for my shift. 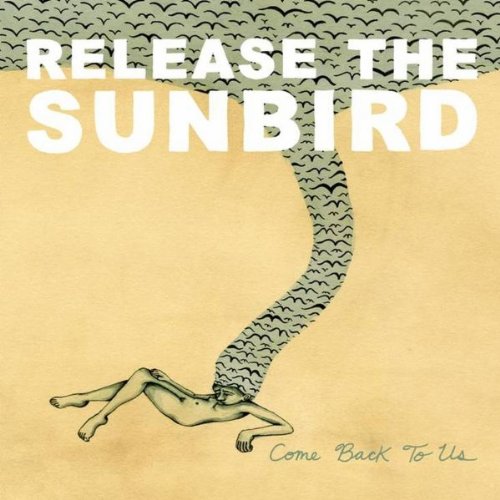