Well, well, well. Look who is back with a full length LP. It’s Brother! (Only now they’ve changed their name to Viva Brother.) I had the absolute privilege to interview these geniuses before, when they dropped a couple of songs on us earlier this year and now they’re showing us all how it’s done with this ten-song album.

It’s early morning and I have a fucking migraine. This loud, obnoxious pop album is like an ice-pick to the eyeball. It reminds me of all those pop outfits from the mid to late 90’s that were emerging from the UK and have thankfully perished.

They’ve called their album Famous First Words and it dropped in Canada on August 2nd. Well, I remember some famous first words they told NME back in April, that they were the future of music. Bold words. Too bad their music doesn’t pack the powerful punch that their prophecies did.

The first track, New Years Day, starts off with this enigmatic honkey-tonk guitar and then breaks into probably one of the most irritating vocal choruses I’ve ever heard since Chumba Wumba. Yeah, remember them? Oh god, this song is painful.

The highlight of this album is probably High Street Low Lives. The lyrics say, “Life’s too short, I’m too high, and nobody’s getting out alive.” I’m pretty sure I’ve heard that somewhere before… At least the guitar licks in there are kind of cool, a touch of old-school rock, catchy, doesn’t sound as Oasis-pop-nightmare are their other shit.

But Jesus Christ…NME says that this is “the return of the great British guitar band.” What the fuck! Why has our mainstream rock critics seemed to have reduced their musical intelligence to the level of tasteless, deaf, sea-cucumbers? You know who was a GREAT British Guitar band? The fucking Beatles. And BROTHER has in no fucking way brought back the great British guitar band. That’s so appallingly implausible; all you have to do is put on this album and hear it for yourself. But honestly, I would just recommend listening to something else.

Oh, and it looks like they’re still not headlining Glastonbury yet.

(Just because you put the word viva in front of your name doesn’t mean that you’re incurring any more life into the band. You’d have to make better music to that. Sorry boys.) 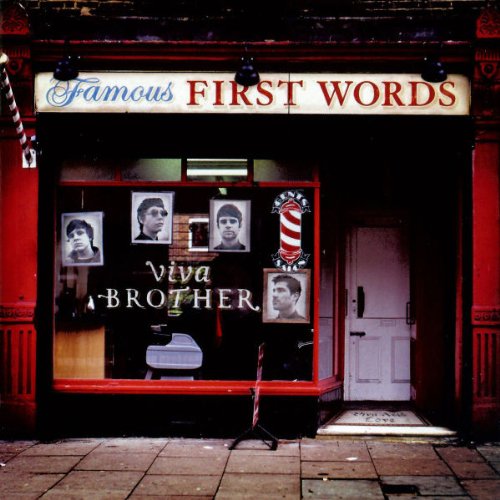