Los Angeles based singer songwriter Jeff Martin, who records under the name Idaho, has just released a new record, You Were A Dick.  On this record, Martin puts a very personal spin on heartfelt, simplistic songs.  At times the album sounds like you are looking through a kaleidoscope with all the different song parts moving and morphing into something unconventional and appeasing, but not always that captivating.  At times, songs like “Weigh It Down” carry the same mysterious sound of the down tempo Radiohead songs via In Rainbows. Martin really doesn’t overstay his welcome on any one song, quickly moving to the next thought as if each composition is an individual chapter. This feeling is supported by some very nice instrumental numbers that act as intermissions.

The album is mixed very well, and the vocal layering and effects really move a few songs such as “Happiest Girl” and “A Million Reasons” to the next tier. Despite the amount of acoustic tracks on this record there is some surprisingly rocking moments. They tend to sneak up on you because they are buried deep inside the songs. The thing that brings the album down is the lack of diversity in the arrangement of the songs. This overwhelming parity really becomes unnoticeable toward the end of the record. Tracks like “The Setting Sun”, “Flames” and “What Was That?” are all very light precise pianos and acoustic guitars chords with Martin quietly pouring out poetic, melancholy verses. While not bad songs, the similarity makes them feel bland and lifeless.

Idaho is not bringing anything new to the table with You Were A Dick, but it is a decent album and a good introduction to Martin’s work. If you are into acts like Pete Yorn , Iron & Wine, Ray LaMontange then you will probably enjoy this album more than most. 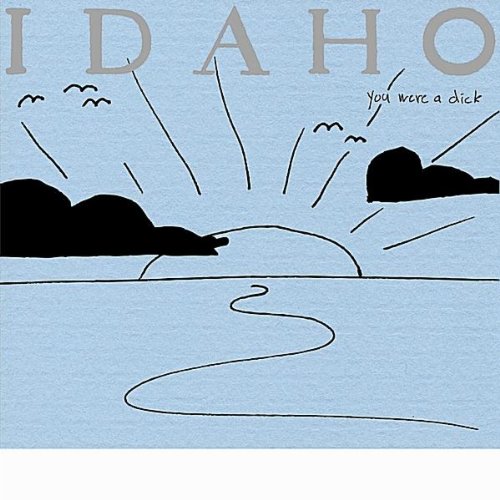