If you’ve seen Lavell Crawford on season five of NBC’s “Last Comic Standing,” you know there is no subject too taboo for this performer. As a runner-up, also scoring rolls in “Chelsea Lately” and “Breaking Bad”, he is back in his hometown of St. Louis to captivate us yet again. You can’t help but notice that there is no nonsense or off-the-wall qualities about this comedian – he is just plain funny! With a set about his mama, the superpowers of the president, childhood, watching “Thundercats” and drinking chocolate milk, Crawford undoubtedly brings a charming and engaging personality to his on stage act.

Despite Crawford’s sizable appearance and substantial persona, it’s fascinating that his set isn’t founded upon jokes about food or being overweight, more he acknowledges it. And when those jokes do pop up, they pass by posthaste, leaving one to overlook the weight and focus on his uproarious set.

The nine-track, thirty-two minute routine begins with his tale of what he would do with his $250,000 winnings had he been the victor on “Last Comic Standing.” Not before long, do the highlights of this sound collection arise, including “Mama’s Got Your Back,” “Grocery Store” and “Don’t Let Nobody in the House,” immediately starting his hysterical bit.

Crawford’s adroitness  is manifested in his ability to transport you and the rest of his listeners, dead-center in the middle of the rib-tickling stories. Not only is he able to make us cheer him on during his tales, but he also configures his set  to show off his originality and endearing bearing. The question does not even need to be posed… you will definitely fall in love with Crawford’s charm, tremendous persona and uproarious stories over and over again. 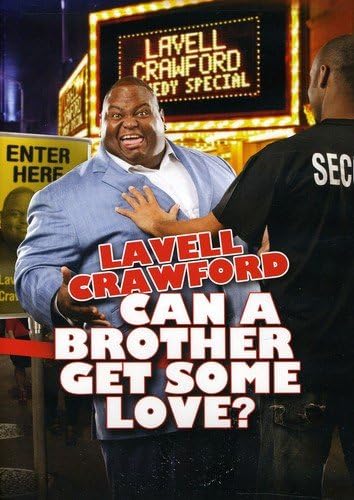