Calling Fountains of Wayne “mediocre” is like telling a teen athlete he’s got room for improvement: no one can really argue with you, but you’re also not really saying anything profound. If we had a SportsNation poll for this band’s relevance today, my guess is the pie chart would read like this: 78% of the country thinks they broke up, 17% only know the 2003 hit, “Stacy’s Mom,” 4.5% have never even heard of them, and .5% think that Fountains of Wayne is a shop in New Jersey. (Trick question: this last one is actually true.) With these made-up numbers, you’d think I’m suggesting that Fountain of Wayne sucks, but that’s actually not the case. What I am suggesting is that Fountains of Wayne used to suck, but now that they’re exploring alt-country and have ditched their power-pop of nearly ten years ago, they deserve to turn some heads and regain attention in the scene.

This quartet’s come a long way since 2003, the year they became a pop amenity on the coattails of some milf with a daughter named Stacy. And that’s not to say Chris Collingwood wouldn’t still talk about banging some hot mommy (his lyrics are still bubble-gum garbage), but that boyband Disney punk has completely left the band’s radar. Sky Full of Holes takes the country vibe of 2007’s Traffic and Weather and more prominently inclinates the desire of this band to remake themselves. At the start of the album, “The Summer Place” sounds like an open mic session at a Nashville coffeehouse, and it makes one ponder exactly how many of these 13 tracks will stay in that vein. Yet by the track seven, it’s clear these NYC boys aren’t joking. They’ve reinvented their sound, complete with guitar solos that could do justice to any Old 97’s album.

It’s a shame that 2003 ruined Fountains of Wayne. If this were their first album, they’d blow up on college radio and be considered the good version of Guster. But unfortunately, the NYC boys got more than they wished for when “Stacy’s Mom” made them rich as hell: MTV’s over-saturation of that record destroyed any integrity this band could have ever hoped for in the public eye. On paper they’re a one-hit wonder, but judging by this new album, my guess is they could care less. They’re in this for their themselves now, and let’s be honest: that’s artistic. 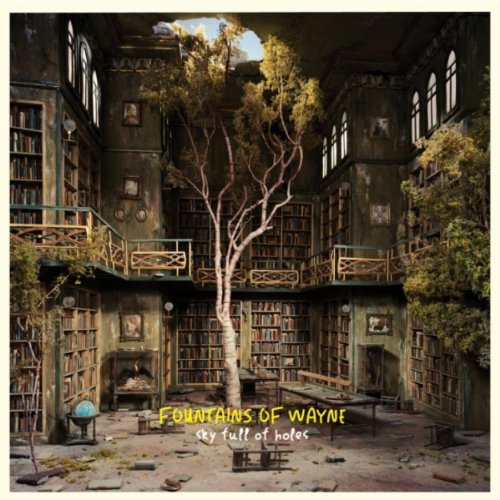