Being a musician isn’t easy. While the Internet has made it simple for anyone to get their music into the earholes of everyone, this has also made it incredibly more difficult to stand out; sometimes it’s incredible that any band ever gets a modicum of recognition and appreciation, let alone a fan base. Amidst all of the ‘been there, done that’ bands that crowd music sharing sites, there are a select few that stand out. The Danish hardcore/metal quintet New Discolour is not one of them; neither are they more of the same ilk as the plethora of ‘pummeled to death with chug-a-chug guitar riffs and china-based breakdown’ bands that choke the airwaves. New Discolour exists in a bizarre gray area of ‘almost noteworthy, but not quite.’ This is exemplified all throughout their nine-song debut album Short Of Ink.

The eponymous opener is a little over a minute and a half of just straight up metal: downtuned bass and guitars sounding suspiciously like sawblades whir over a steadily increasing beat that then gives way to the second track. Which sounds a lot like the first. Only now vocals have been added to the mix.

Musically, there’s a very heavy Parkway Drive feel to everything that’s going on, except the screams lack the enunciation that makes Parkway easy to get into. New Discolour’s vocalist has an impressive range of vocal styles, but they’re never really given a chance to shine: they’re bogged down beneath clichéd riffs and weighted by generic phrasing. Lyrically, it’s very difficult to understand much of what is being said, so he might be quoting Shakespeare of Brittany Spears. Not really sure. Not to say that the entire album is unappealing. There are a few highlights, such as the end of Black Face, which feels like it’s building to an epic breakdown, but then just stops; very unsettling and extremely enjoyable.

For people who only listen to metal, this disc is sure to delight. It’s got all the basic elements and plenty of them. For people with a wider musical palette, there are not many selling points to this album. Skip it, but if New Discolour releases a sophomore album, check that out. There’s potential here, but it’s buried deep. 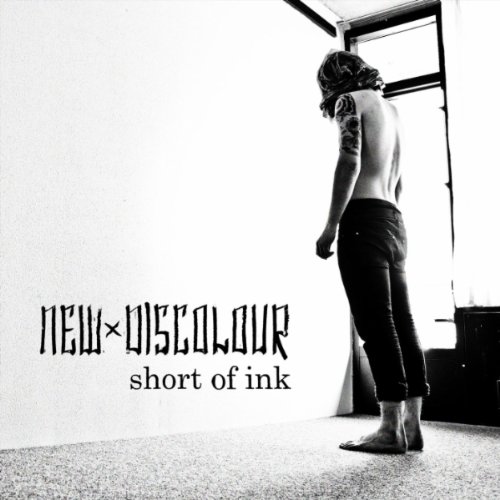