Subscribers of Rolling Stone magazine may have noticed an overwhelming amount of promos for their “choose the cover” contest that went on for several months. Out of 16 unsigned bands, The Sheepdogs, with their long hair and soulful guitar driven-folk came out on top. Over one and a half million votes were cast online and this Canuck foursome landed not only the cover of RS issue number 1137 on August 5th, but an even more significant prize, a contract with Atlantic Records.

Before their good fortune and talent won them this amazing opportunity, Sheepdogs were typical struggling artists. Lead singer Ewan Currie told Rolling Stone in their recent interview simply that, “Shit was bleak.” Fortunately their demo was submitted in consideration for the contest, and voila, here there are. The Saskatoon natives have already achieved what many bands could only dream of, appearing on late night shows like Jimmy Fallon and performing at Bonnaroo music festival.

Their album Learn and Burn, released March 22, 2011, is a complete throwback to SoCo classic rock that could easily draw comparisons to Creedence Clearwater Revival. The band (Currie, Leot Hanson, Ryan Gullen and Sam Corbett) evokes bluesy rock & roll in its purest form. It may seem common for bands to lean in this direction, The Black Keys, The Raconteurs and Kings of Leon fall under similar categories, drawing from inspirational rock groups of the 70’s.

Sheepdogs are at the core of the actual 70’s. They don’t waste time trying to be anything old and new, there’s no barrier. They jam and vibe in between lyrical interludes in a way that I would normally hate, but somehow I don’t. “I Don’t Get By” is a perfect karaoke song and “Baby, I Won’t Do You No Harm” has Ewan Currie wailing like a badass Paul McCartney. A daring highlight is “Catfish 2 Boogaloo,” which possesses quintessential Guitar Hero solos.

If you put “I Don’t Know” or any ditties from Learn And Burn on a mixed tape with some Skynyrd, Steve Miller Band and the band that inspired the name of that famed magazine, Rolling Stone, your friends or even your parents would not flinch or question it. Tell them it’s an underrated Canadian rock band from four decades ago. That’s what it feels like, so that’s what it is. 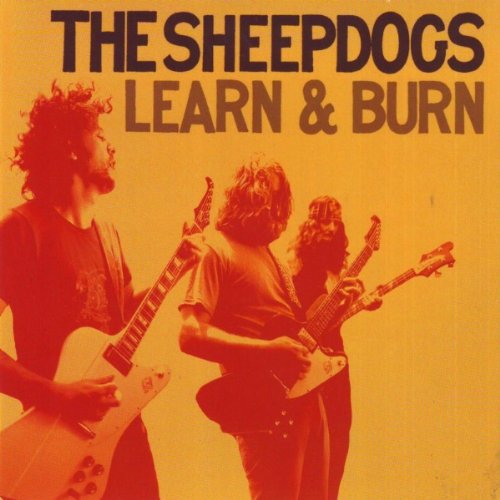