It’s impressive and respectable to see artists putting out albums under their own record labels and doing so successfully. That artists can have that kind of musical independence is hopeful. (Counterbalance and Dynamic Tension are the labels that belong to Surgeon, and he’s released nine EP’s under the former and ten under the latter).

Anyway, so this full-length LP, called Breaking the Frame was released under Dynamic Tension. Online magazine FACT wondered if not releasing anything but 2 EP’s in the last five years would have “damaged his flow.” Not being too familiar with Surgeon’s “flow” myself, I’ll just review this album and then you can all think for yourselves.

The first track, Dark Matter, is less than a minute of eerie soundscapes, like an urban city asleep. Then it breaks into the “techno”. I’m not a big fan of European techno, (I guess because I’m a chilled-back pot smoker from Canada) but nevertheless you have to appreciate artists who do new things; Surgeon (Anthony Child) was one of the very first DJ’s to start using Ableton Live and Final Scratch during his sets. And this doesn’t sound like some E-Tard techno dance party, either.

All personal preference aside, Breaking the Frame has a lot of groove to it. Sometimes album art describes the music accurately; this is the case here. Dig the album art; it’s an insane mash-up of intricate pieces but smoothed softly together with mellow, warm colors. Songs like Transparent Radiation are solid; there’s techno traces filtering down through these ethereal sound particles and mad beats.

This is atmospheric, enveloping and there’s a softness here. No sharp edges or ugly headaches of points and jerks. It sounds like stars and space, and Surgeon sounds confident and sure in his music. There’s no faltering, only a solid LP of good sounds. (That makes perfect sense; he has the experience.) 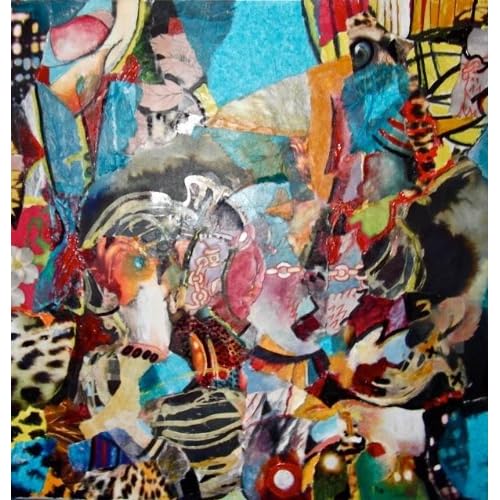