Hailing from Worchester Massachusetts comes Dom, with a story to tell. At first glance the trio aren’t strikingly ruthless, but take a closer look…

Let’s start at the beginning, breaking onto the scene with their 2010 Sun Bronzed Greek Gods debut EP – Dom graced the public with their anguish coated manifestos “Burn Bridges” and “Living in America” – declaring “it’s so sexy to be living in America!” Some may call it a rags to riches tale, but nonetheless it’s something to boast about. What I’m talking about here is the smart aleck group, Dom, that attained the prized spot atop indie pop’s junk pile through the most improbable means – gloating bizarre anthems by means of do it yourself of the most substandard kind.

And there’s more: Comprising of a front man too intimidated to divulge his last name to the public and part of a record label that comprises the likes of Kylie Minogue. Nonetheless, Dom’s charm rests in the gems of their stupefied, stoned, wistful summer synth pop tracks.

Although, their Family of Love EP follows the same formula, it is undeniably more refined than their previous recordings. Dom and company undeniably know their vocation and therefore have flourished to make it their goal to pander to it without breaking a sweat. Through all the hazy sunny dream anthems lie flashy influences from David Bowie to Mariah Carey, ultimately attempting to amalgamate ‘teenie bop with space rock.’

In keeping with the other host on their label, Minogue, Family of Love spits out ‘80’s insipid, corny pop. The EP consists of the inane, “Telephoned”, title track featuring a telephone keypad dialing solo and the superbly ambitious “Damn” is filled with an ocean of surf-grunge guitar riffs. The vivacious guitars on “Damn” showcase Dom’s vigor as their space rock side becomes apparent. The second to last anthem, “Happy Birthday” conjures up the synth pop of their past catalog, and is filled with a fun and unquestionable catchy synth riff, which roughly compensates for the absent lyrical value. The album comes to an end with the soothing, bar-piano gambol, “Some Boys”, in which Dom introduce the female vocals of ‘Emma’ giving off a Best Coast vibe to Family of Love.

It is impressive that with an EP of such brevity Dom are able to hone every single track. All this to say that maybe it wasn’t the best choice to record this cunning five-track, Family of Love EP in a real studio produced by Nicolas Vernhes… The charm of Dom lies in the unpolished psychedelic synth tracks, which the identifying Dom furtively or drunkenly sink into your head, and not when they creep in all bona fide and lacquered. 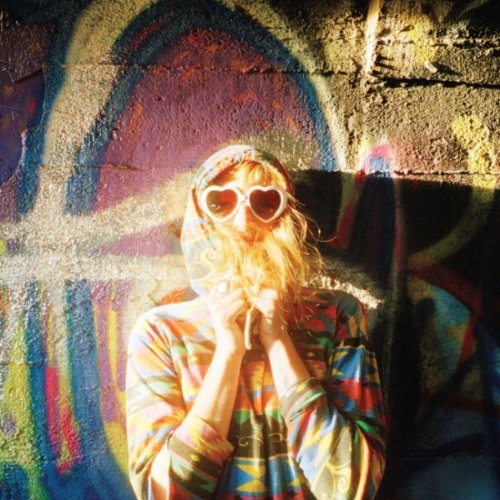