I’m not one to always voluntarily listen to prog rock of any sort. Progressive metal is sometimes a different story, as I’m a big fan of Between the Buried and Me – but you’ll never find me listening to a Rush album unless it somehow comes up on shuffle in my music library. Regardless, I’m open to anything – and I don’t mind listening to a black metal vocalist/bassist’s attempt at making a solo album. Surprisingly enough, ICS Vortex, formerly of Dimmu Borgir, has put out a solid effort with “Storm Seeker.”

You might think that this album is going to be more metal than progressive upon listening to the first track and single, “The Blackmobile,” which punches you in the face (in a good a way) with some hard hitting guitars upon pressing play. Along with these guitars comes Vortex’s vocals, which are great at first, but may start to annoy you with their high-pitched tones. Unfortunately, the track never simmers down to give way to what the rest of the album will sound like, and that’s what disappoints me. It’s an oddball of a song if it’s anywhere else in the album. “Skoal!” starts to transition Vortex’s album into what the album is really about, while still lending a bit of metal sound.

While most of his lyrics are about eternal doom and all that good-happy-fun-stuff, Vortex delivers “Aces,” a song about gambling when the “stakes are high.” Still having that metal touch (it’s got a breakdown halfway through), but sounding as proggy as ever, it’s weird how a black metal artist can sing about betting games. Following that comes “Windward,” which could easily be a love ballad with Vortex’s lyrics, but intersperses guitar solos throughout to assure you he’s not getting too sappy. The title track itself is a great standout – just listen to “Storm Seeker” if you get the chance. It’s probably the most progressive song on the record and it’s about sailing out to sea. Weird, but it works.

Some things just don’t work on this album. I haven’t heard a vocoder in progressive rock before, and I do not think that “Oil in Water” should be an example for what black metal artists should go off and do. The song is just too much of an oddball to be considered anywhere near good. Also, why the hell is there a synth-filled instrumental outro track? C’mon now…

ICS Vortex’s experiment with his lighter side seems to have worked, albeit not a masterpiece, and probably not as good as his typical black metal. Nonetheless, it’s worth a listen, and the dude deserves some recognition for being brave enough to step outside his comfort zone. 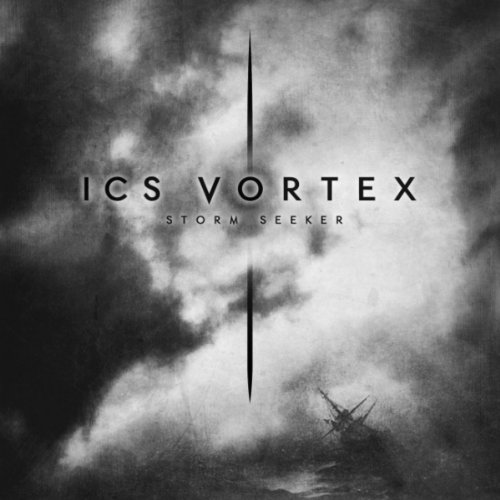