A pair of twenty-somethings that look like they would be more at home playing video games present their sophomore release, Red Velvet Snow Ball, named for a traditional southern comfort food-flavored snow cone.

Beautifully produced, it’s ten tracks of full of drifty, haunting melodies that make use of a variety of loops and instruments, although no one style really stands out. Xander Singh, lead and most instruments, and Luc Laurent on percussion meander their way through soft psychodelia-imbued synths, breathy mixes and surprisingly mature vocals. No off-key whining here, the lyrics are evocative and tantalizingly complex, especially the closing track “Tiny Fingers”.  There’s never an edge to the songs, though “Murder Room” starts off promisingly and the absence of an anchoring melody turns from pleasant anticipation to exasperation by the time “In Search of Simon Birch”, the seventh offering, rolls around. All of the songs are about the same length as well, adding to the overall feeling of, well, beige.

The duo promotes themselves more experimental than New Age, but this release doesn’t support that. I’m all for artists exploring their craft and reaching beyond boundaries but musically, there was not much distinction between the tracks. There is so much potential in an artist, or studio engineer for that matter, who is capable of really using all the instruments and techniques they bring to the table that it’s almost a shame nowadays to ‘only’ layer some tracks. I found this album to be an awkward cross between wanna-be electronica and old-fashioned fuze-pop, without a definitive nod in the direction of either.

Pepper Rabbit is touring to promote the album, including a swing through most Canadian provinces. Not sure what their fan base is up there, but I suspect a little more ‘pepper’ would be welcomed. 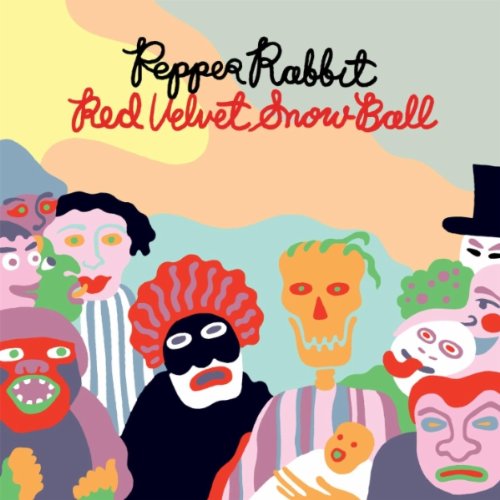