Guy Clark’s career has played out a movie, he started out in the hills of Texas with a guitar and some songs, now almost 40 years later he’s still releasing albums while many of the stars that he wrote songs for have gone by the wayside. Obviously, Clark is getting up in age as you would expect someone with a 40 year career would and his aged, wisdom giving demeanor on Stories and Songs fits his music faultlessly. The album flows like a stream and imitates the intimacy that a Guy Clark concert emits. The transcript of the album would read like an episode of Storytellers with Clark telling, often times hilarious stories in between songs.

Musically Clark is an old school singer songwriter whose Texas hills draw makes a lot of his songs lean toward the country western side of the fence. There are all of your typical instruments that you have come to expect to be the major players in Americana music. There is some really great fiddle work on tracks like “If I Needed You” and “The Cape.”  Due to the subdued nature of the rhythms there are some occasional tom drum fills and some mild rapping on a bongo. The thing that really drives the music is Clark’s guitar work. Saying that he is a guitar picker is an offensive understatement.  Clark slides chords around the fret board with such dexterity and precision that it’s hard to believe that he’s 70 years old. Not unlike lots of Americana and Country music there are some hacky, almost corny songs thrown in the mix. Songs like “Homegrown Tomatoes” which is about how good farm fresh tomatoes are and “Joe Walker’s Mare” a tale of a man finding a horse, just seems elementary and childish compared to deeper songs like “L.A. Freeway.”

Overall this album is a good for Clark fans and fans of Americana music but honestly if you aren’t a fan then Songs and Stories will probably miss the target. Clark is an amazing musician and is a legend, but just not for everyone. If you enjoy the music that people like Emmylou Harris, Steve Earle and Ricky Scaggs put out then you should check this record out because you can hear Clark’s influence in their distinct sounds. 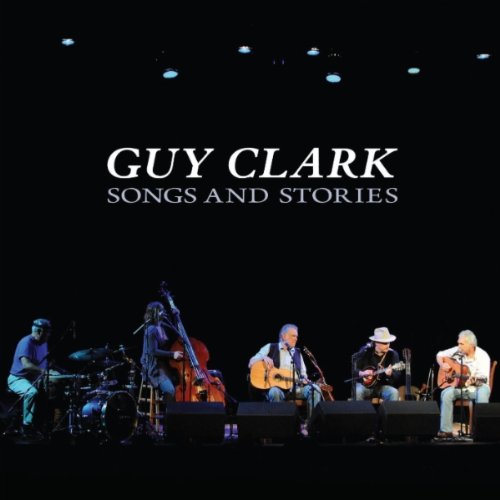