Patti Smith begins her new compilation album, Outside Society, with the line: “Jesus died for somebody’s sins but not mine,” and ends the album with: “I’m trampin’, trampin’, tryna make heaven my home.” These two ends of the spiritual spectrum perfectly bookend Smith’s career and her personal journey as an artist. Outside Society is a collection of some of Patti Smith’s best songs, but it is also an exploration of 32 years of an artist digging deep into the spiritual, the political, and the individual.

The album runs chronologically, and while her early “greatest hits” sound as great as ever, they lose something when they are ripped from their original albums’ contexts and jammed up against each other. For instance, Smith’s biggest hit, “Because the Night”, is immediately followed up by the political and incisive “Rock N Roll Nigger”, and while both are great songs, there’s a reason they didn’t follow each other on the original version of Easter. Still, all of Smith’s early stuff still holds up well, although the distinctly 70’s sound and spoken-word poetry comes off as less urgent and more comical today.

Outside Society serves the second half of Smith’s career better, revitalizing the best songs she’s produced over the past two decades. The album doesn’t sag in the second half and actually works quite well as it jumps styles, from the poetic, acoustic guitar-led “Beneath the Southern Cross” to the catchy, howling “Summer Cannibals”. “1959” and “Glitter In Their Eyes”, in particular, sound great and are just as infectious as Smith’s early works. The album ends beautifully with the spiritual “Trampin”, a calm, fitting footnote to a tumultuous career that brought rock, punk, and poetry together unlike anyone else.

If you’re a long time fan of Patti Smith this album won’t be a revelation, but anyone unfamiliar with her work should check it out. It works as an easy point of entry and is a good representation of an amazing career, but check out one of her early LP’s if you want to hear the controlled chaos that is the reason she is part of the Rock and Roll Hall of Fame. 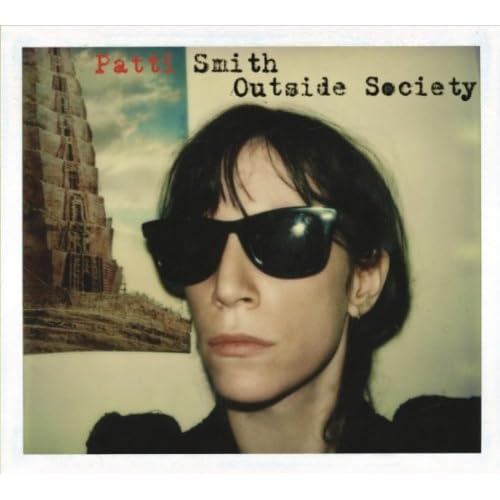