The campfire flickers shadows on the sandstone cliffs.  The men sit playing Berber, Arab and African melodies, the creak and breath of their music a reflection of this austere landscape.   They have fought to make this desert, the land of the Tuareg nomads, a sovereign nation.  That they have not succeeded is irrelevant, for it is night, and the sand and sunset are there for them as they always have been.  They play to the applauding, multitudinous stars, into the night.

Then along comes Nels Cline of Wilco.  He plugs in his electric guitar, and patches it through circuitry.  For some reason his contribution doesn’t really fit.  Go figure.  Kyp Malone and Tunde Adebimpe of TV on the Radio sit down too.  Perhaps if they help out Nels they’ll be able to fix whatever went wrong.  They take out the equivalent of a Twinkie from their musical lexicon, something artificial and slightly poisonous.  That doesn’t help either.  When the Westerners back off and let the men alone, the music starts to shine again.  The stars come back from their smoke break and relax into the music.  That’s the vitriol.  I could’ve said worse, but I’m holding back.  After all, I like Wilco, and TV on the Radio are great, just not on this record.  The addition of horns by The Dirty Dozen Brass Band is pretty cool.

Tinariwen were formed in 1979 when founding members met at a refugee camp.  The freedom fighters had been supported by Qaadafi, and in 1985 they provided music for soldiers at a camp near Tripoli.  Their latest album, Tassili, is named after the section of desert it was recorded in, on the Algerian border with Libya.  This is a departure from their electric incarnation, a return to their acoustic roots.

Lead singer and guitarist Ibrahim ag Alhabib, originally from Mali, is a masterful guitarist.  I know not what he is doing with the instrument, all I know is that it is good.  His voice is full of “asuf” (spiritual yearning or pain) and “ishumar” (exile).  And as I said before, on some of these songs you can hear his inhalations in preparation for the verse.  I love this.  Forget the pop-guards; give me the sound of human breath.  It all has to do with authenticity.  That’s why Tom Waits recorded Mule Variations in a chicken coop.  That is why track number six, “Tameyawt,” bears a close resemblance to Nick Drake’s “The Road.”  Drake’s desert became the darkest level of the Bardo Plain, ag Alhabib’s desert gives him strength.  Both men bare their souls. 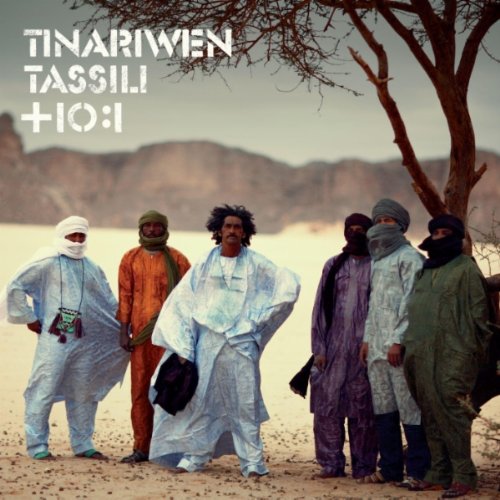