Archers of Loaf are one of a kind and 1993’s Icky Mettle asserts itself as a milestone in indie rock history, period – there’s no doubt about it.  And it goes with out saying that their career was (is)… interesting, to say the least. It is fitting, as front man Eric Bachmann declares “And there’s a chance that things will get weird, yeah that’s a possibility” on Icky Mettle’s “Web In Front.” With the career of the North Carolina indie rockers spanning only eight years, Archers signed with Alias Records a year after Icky Mettle and with a scarce amount of singles. Archers of Loaf pursued their career to the fullest, subsequently toiling for the next years – writing and touring non-stop – outshining other fellow acts in the process. And when 1999 rolled around and their career came to a non-fanfare close, the quartet was left without any bragging rights.

However, their unquestionably vibrant music and outlandish approach gives rise to a one-off style. Bachmann’s intelligent and implicit lyrics are met with coarse and instinctive vocals. And with this Archers of Loaf also give rise to indie cornerstones such as Modest Mouse.

Icky Mettle undoubted starts off with an explosion of tightly knit songs, with “Web In Front” characterizing the tone of the album. The lyrics of “Web In Front” are impractical to analyze verbatim, producing a track which is direct and relatable. It highlights Eric Bachmann’s craft along with the adroitness of the other band members to consign exertion and variation to the vocals of Bachmann. Therefore, congratulations is in order for Archer’s guitarist, Eric Johnson, who is able to achieve this feat with his flitting and melodic guitar riffs, hitting the mark on the front man’s especially poignant notes which Bachmann lyrics deliberately avoid.

Perhaps, you might say that the theme on the album is break-ups or maybe even Archers’ uncertainties about devoting their time to a band. Evidence for the latter theme appears on “Might” as their front man declares “It’s awful self-indulgent to think that you might like this song” complementing the vicious thrashing of Bachmann and Johnson’s guitars.

Archers of Loaf are quite clever at giving Icky Mettle fans – intrigued by of “Web in Front” – another piece of the pie on “Plumb Line.” The track follows the same characteristic indie rock eccentric formula with a pinch of more involved structure. “Plumb Line” can be viewed as a distinct track altogether with sonic shadings embellishing it, yet still sticking to the same recipe to give hungry fans what they came for. Similarly “Slow Worm” fits into place with an added exhausted and heavy sound. As much as Icky Mettle follows an identical pattern it does have its share of experimental bits. “Haste Paste” and “Sick File” are perfect examples of this. The former shines with its country infused side, tearing up the indie sound and spitting out a fuming and enraged hoedown. Later comes “Sick File” an even more intoxicating and enticing track embellished with blistering and irate punk style.

This current re-mastering of Icky Mettle marks the start of a slue of deluxe reissues on Merge Records, which impeccably summarizes Archers of Loaf’s vibrant hay days, all of the ‘slacker’ singles, the fragmentary splendor of Icky Mettle and the succeeding polished work. Accordingly, Icky Mettle, deserves a place in the ‘Indie Rock ‘N Roll Hall of Fame.’ 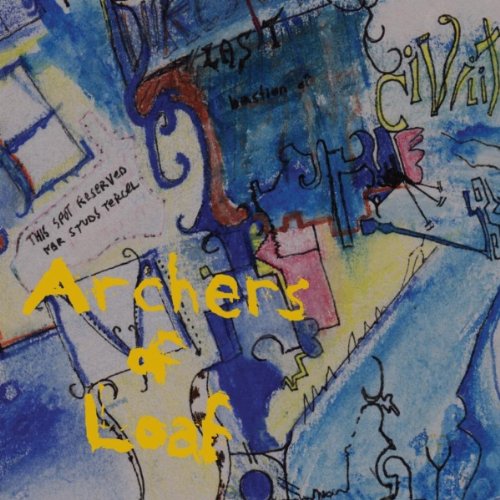