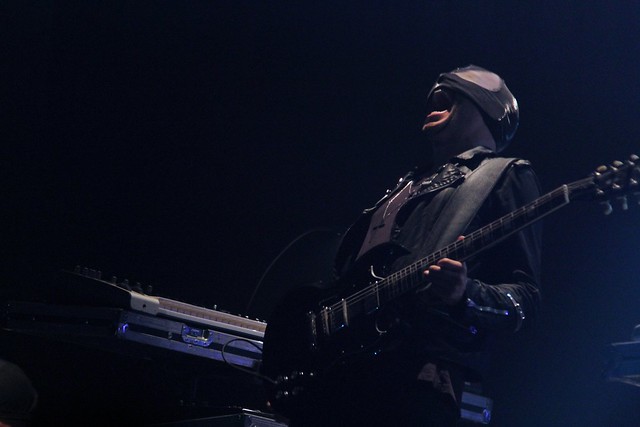 While typically being associated with dance music, DJ sets, and the electronic music genre in general, Bob Rifo’s The Bloody Beetroots have taken a different approach to their live show in the past little while. Along with DJ Tommy Tea and drummer Battle, Rifo has now implemented live instruments into their set rather than sticking to turntables and a laptop. As a result, the new live expression goes by the name of Death Crew 77. 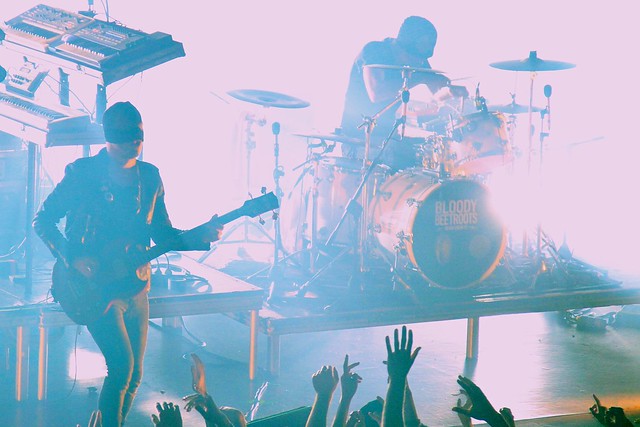 The live show itself is a unique clash of electronica and rock. The songs aren’t performed one after the other in a specific order. You might hear a thirty second beat from one track, then a full five minute song, then back to the other track, and onto another one. For example, Warp 1.9’s chorus was played two or three times throughout the night, spaced out accordingly. 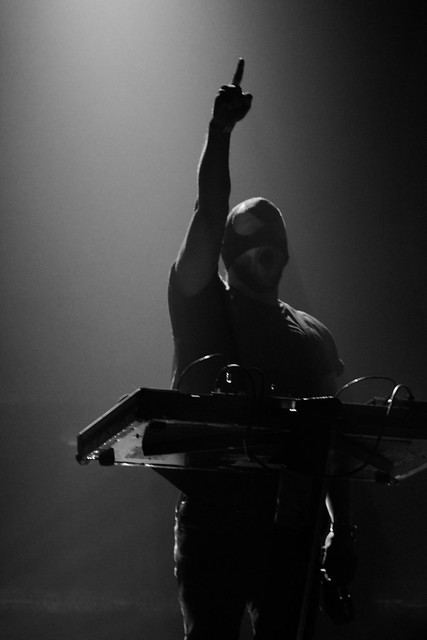 And how bout the crowd? Wild. While it may not have been a sold out venue, there were enough inebriated individuals in the building to make for an amazing atmosphere. Rifo would mellow out at some points on the keyboard, playing a series of soft notes before Tommy Tea dropped another beat and the crowd was right at it again. Rifo and Dennis Lyxzén’s vocals added to the backing track once in a while as well. 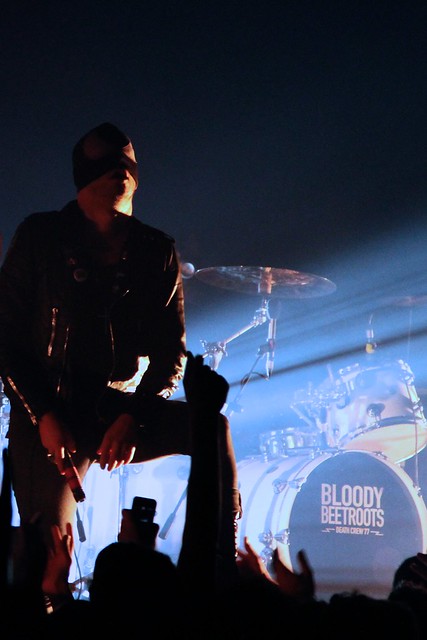 I’d say that if you get the chance, check the show out. Even if you don’t have an over-the-top admiration for the electronic music scene, it’s worth a night out. 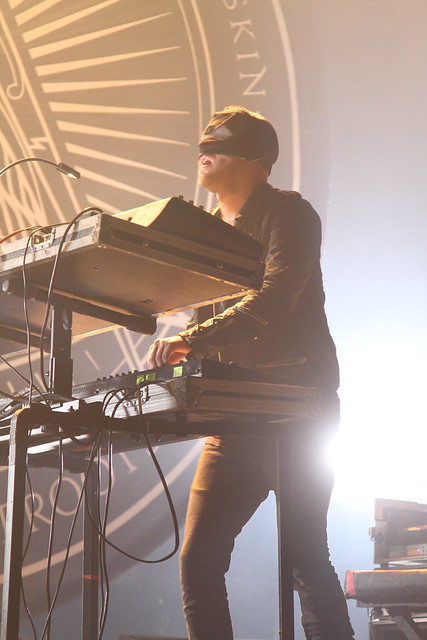 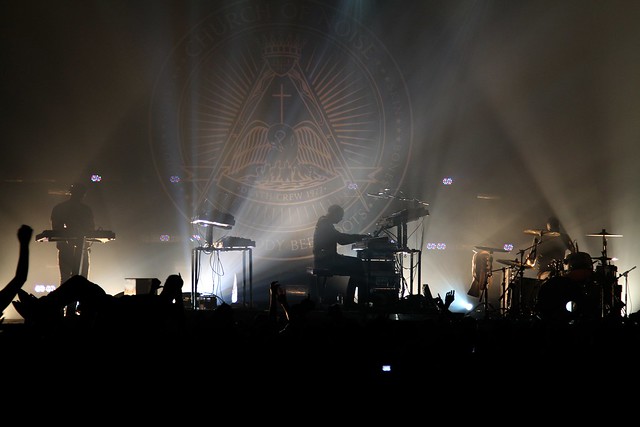