I have the need to classify music into a genre. I just like genres, and my mind needs to categorize the music somehow. So I sit down and say – hey “band so and so,” you are “such and such” genre, and that means you will be placed over here in my mind. I’m going to try something new and attempt to not classify this next album in any sort of genre. Why? Well, to be honest, I don’t know where Sun Araw’s “Ancient Romans” fits into the spectrum of music genres.

When you hit play, you’ll be greeted by some organs, and then gradually introduced to some shimmying keys. And then more keys. And then some mashing keys. The latter half of “Lucretius” sounds like cluttered noise, and that’s not exactly a good thing – especially when the track is nine minutes long. I don’t exactly know what Cameron Stallones, the musician behind this solo project, is going for. As you go further into the album, random samples start to appear in between the shimmying keys, limited guitar riffs, and sounds whose source is really unknown to me. “Crete” sounds rather decent, but its problem is that it just goes on for way too long. Nine and a half minutes is overkill, and as the beat builds and sounds are added, it just gets to distorted to comprehend. It’d be better suited to end at the four minute mark. Don’t even bother with “At Delphi” either, as it might nauseate you. It sounds like there’s a banshee screaming in the background for three quarters of the song.

Stallones also goes minimalist with “Fit for Caesar,” but misses the mark in my opinion. Even this sounds noisy with looping samples halfway through another ten and a half minute marathon. And as for the closing track? “Impluvium” sounds alright, but suffers from the same problem as most of the other songs – the length being a quarter of an hour. I can’t listen to many songs with continuous beats past the five minute mark. I seriously can’t stomach it for that long.

There. I didn’t classify the album into any specific genre and simply listened to the music. Unfortunately, I can’t recommend a record like this. It could be somewhat enjoyable if it weren’t so long, so noisy, and had something to do with the Ancient Romans. Quite misleading… I thought this would substitute for my cancelled Ancient Civilizations class this week. Guess I’m shit out of luck on that paper. 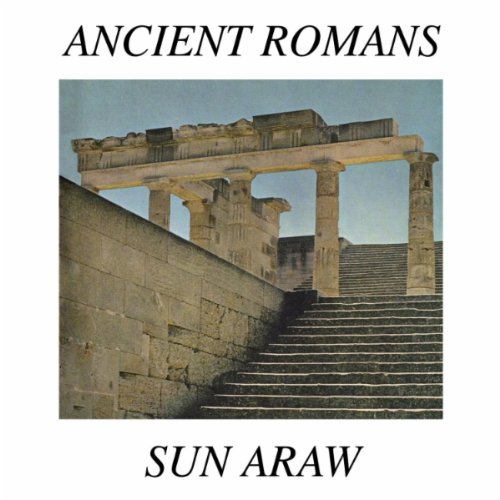