Slap me on the back and call me shorty, I just don’t know what to make of these new fangled kids with there new fangled programmed drums and subgenres.  Exempli gratis, HTRK, pronounced “hate rock” has been determined to fit into the Witch House category.  You can tell if something is witch house because it will have triangles and crosses in the title, or around it, or just hanging out somewhere in the back freaked out on ecstasy.  They look like this:  ?†.  What do these strange runes mean?

Think witch.  She’s ugly and cranky.  Maybe she has Parkinson’s or arthritis so she’s very sllloooowww. Above all she’s creepy.  Then house, yes, beat driven electronica.  That about sums it up.  I can easily see Kraftwerk descendants in monocles and drainpipe pants beating the bejesus out of each other, arguing over this kind of nomenclature: “No man, it’s dark wave!” – Horrorcore!” –“Shweinhund, eet ees obviously chillwave…”  It’s cool man.  It’s alright, I kind of like it.  These days most bands exist for me on a scale of how hard they are to endure, and HTRK are very easy to listen to.

Vocalist Jonnine Standish ‘s fuzzed out, maudlin vocal stylings on the first track, “ice eye eis,” with it’s Tears for Fearsy intro, are sung in German.  I don’t know German, but I’ve always meant to learn it, and it’s really not her fault I couldn’t understand what she’s saying.   Of course, with all the reverb I couldn’t understand many of the English lyrics either, but as with their great-great grandparents Cocteau Twins (an influence especially evident in the arpeggio on the track Synthetik), the meaning is secondary to the aesthetic, and the aesthetic is molasses thick, an ennui inspired molasses mélange…!

HTRK hail from Melbourne and this is their second, forgive me, sophomore, album.  They’ve also released numerous singles and EPs and toured widely with underground luminaries ranging from the Yeah Yeah Yeahs to *uck Buttons.   Percussionist/singer Standish and multi-instrumentalist Nigel Yang are continuing on with the band as a duo since the unfortunate suicide of their bassist, Sean Stewart, in 2010. 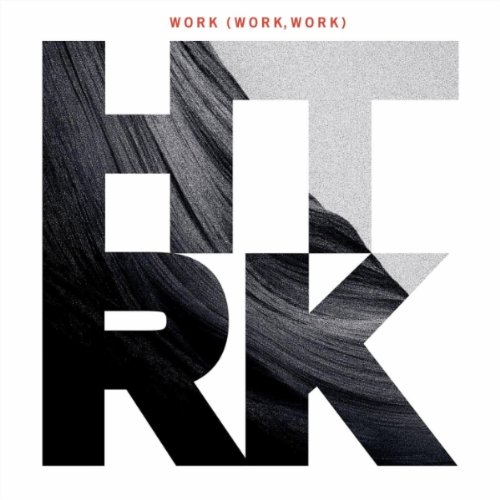