Glen Campbell doesn’t exactly need any new fans. He’s been in show business for 50 years, sold over 45 million records, gone Gold, Platinum, and Double-Platinum, and even had his own television show. His latest album Ghost on the Canvas, is a collection of music by a man who has earned his self-indulgence. For an uninitiated or barely initiated listener, the album may reek of Bob Dylan’s so-called “born-again” gospel period. The two records Dylan produced in the late 70s and early 80s, Slow Train Coming and Saved respectively, drew criticism from fans and musical contemporaries, and were overall poorly received. Campbell is seventy-five-years-old this year, and for the devoted fans who have listed to him through the decades, many of this album’s songs will carry a satisfying message even if it isn’t one that will capture the interest of a broad new audience.

It’s not that Campbell has gone from writing youthful music to old folks music, nor is it true that he is suddenly embracing a heretofore unmentioned Christian message. It’s simply that what’s changed about Campbell’s music is probably also what’s changed about Campbell as a man who has passed the prime of his life. His focus is different. Whereas once his songs were based more on earthly longings and experiences, now many of them carry an ethereal and heaven-seeking element. Campbell expresses his gratitude for life and his hope for something better beyond it in almost every full-length song on the album. Sometimes the effect is more subtle than others. The titular song, “Ghost on the Canvas,” contains lines like, “Ring around the rosary,” and is almost intolerably Christian-rock. For a non-Christian listener, this song, and others like it (“It’s Your Amazing Grace,” and “A Better Place” are both songs in which Campbell is clearly speaking to his higher power directly) might be a big turn-off.

Remember when you first heard George Harrison sing “My Sweet Lord,” and you thought the lyric was, “my sweet love,” and that the song was really wonderfully romantic and good? Remember when you found out the title of the song, and that it was actually about god? I’m guessing that you were just slightly disappointed, but decided you still liked the song well enough to listen because the song is damned good. This is the fine line that Campbell would have done better to tread more often, and tracks like “A Thousand Lifetimes,” almost hit the mark with a harder country sound that suits his vocals much better, and makes him seem much less like a sentimental old-timer. Still, “A Thousand Lifetimes” is too grateful, an ultimately gushy Campbell sings, “I will never take you for granted…”, and while you’re happy to hear he’s lived a long, satisfying life, you may also feel inclined to roll your eyes and switch the track.

The hands-down best songs on the album are the two that embrace the spirit of American country music and avoid sounding like hymns while still expressing Campbell’s joie de vivre. “In My Arms” starts out with counting and clapping, has a nice twangy country sound, and makes use of the guitar in ways the rest of the album doesn’t bother to, and the lyrics are about romantic, earthly love. “Nothing But the Whole Wide World,” talks about country things like, black-top, bein’ built like an ox, rich folk, and momma raisin’ you right, and instead of expressing gratitude to a higher power, Campbell expresses gratitude for being a country boy, which is a sentiment that all country music enthusiasts can appreciate, regardless of their faith. 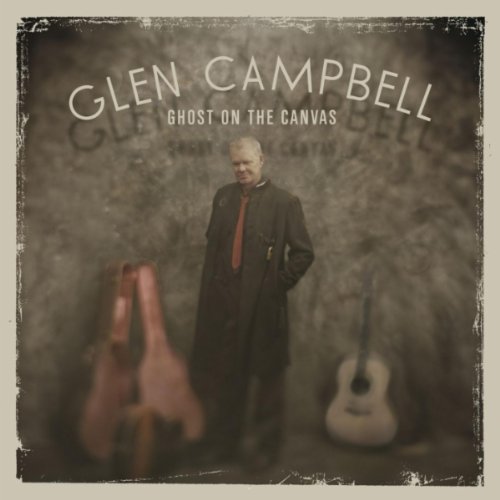