Forgive me.  I have donned my hair shirt and flailed myself with a piece of barbed wire for what I was going to say about the songs on The Horrible Crowes’ first album, Elsie.  Something about how they had Bruce Springsteen’s aesthetic without the substance.  Then I found the lyrics for the songs online.

Many of the albums I get don’t include lyrics, nor have the lyrics been posted.  Brian Fallon, lead singer and writer for Horrible Crowes, had the prescience, or maybe just the wherewithal, to make sure people could read them.  And they’re good.  Very good.  Look at this stanza from “I Believe Jesus Brought Us Together”:

That’s only four lines, but in those four lines Fallon’s nostalgia and longing shine brightly.  I can practically see him in a parking lot somewhere in New Jersey, kicking a pebble with his steel-toed boot as he talks to a woman he has trouble making eye contact with.  And Elsie is full of lyrics with these poignant transitions that move from the moment to his self-reflection on what that moment means.

If you’ve ever tried to write poetry, wait, scratch that, if you’ve ever tried to read modern poetry, opened up Tin House or Seven Hills, you’ve probably read a couple of lines and thought to yourself, “I don’t give a flying @#$%! what this person is saying.  I could be playing Tetris right now, dammit.”  Poetry is hard, and Fallon is a good writer.  The problem I have with Elsie is this: a melody has an aesthetic, and you have to find the lyrics that absolutely fit that aesthetic.  That’s not easy.  Fallon is a great writer, but the emotional impact those lyrics are capable of is sometimes left behind as the songs move forward.  Poetry is good on the page, when you have time to digest it; lyrics have to be immediate.

Elsie, however, has grown on me.

Best known for his band Gaslight Anthem which was founded in 2005 and has produced three full length albums, Fallon’s comparison to Springsteen is something he has come to terms with.  It’s a good example of an artist seeming like someone else without necessarily emulating him.  Many poets for instance write like Charles Bukowski only because they have a similar voice.  Like Sprinsteen, Fallon is from New Jersey, and has even played next to him onstage.  Elsie shows a quieter, slower side of Fallon, and along with Springsteen it has many Tom Waitsian undertones.  If anything, Elsie is even closer to Springsteen than Gaslight Anthem’s 2010 record American Slang.  Still, it deserves a close listen. 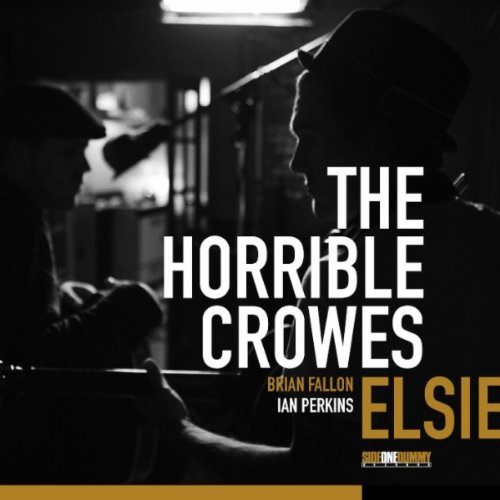