“A Winged Victory for the Sullen” is a collaboration between Adam Wiltzie of Stars of the Lid and LA composer Dustin Halloran. Wiltzie was interested in making some interesting ambient drone music, and Halloran answered with a string quartet, French horn, classical piano and bassoon. The result is a wash of guitar melodies accompanied by traditional symphonic sounds. It’s ambitious, ambient, and gloomy, as the title might suggest. The drone gets lost in the melodies at points, between what sounds like an orchestra tuning up and some drifting guitar chords. Most songs are long and drawn out. There are only seven tracks on the whole album, which lasts about forty-five minutes. The result is that most tracks sound the same and lack structure. One song blends into the next without the listener noticing. “A Winged Victory for the Sullen” is aesthetically calming and blends the guitar nicely with the more traditional classical instruments. Unfortunately, lack of song structure and any kind of energy make the album pretentious and a little boring. It’s ambient, but not quite drone music. There isn’t a single line hovering below the melody to tie the song together. It all gets lost in kind of a wash, which is what the album is.

“A Winged Victory for the Sullen” gets lost between lofty classical ambitions and Wiltzie’s minimalist drone aesthetic. It waters down the classical melodies and washes out the drone beat. Instead of working to bring out each other, both elements water the other down. The album is definitely sullen, as listening to it is more sleep inducing than transporting. Ambient music sounds a bit like lobby music on this album. It is, at best, a pleasant background noise.

The concept for the collaboration between Wiltzie and Halloran has promise. The idea of taking a drone line and applying some symphonic melodies could have worked to produce something powerful, but “A Winged Victory For the Sullen” is kind of a weary mess. Lofty ambitions produced some stodgy music. 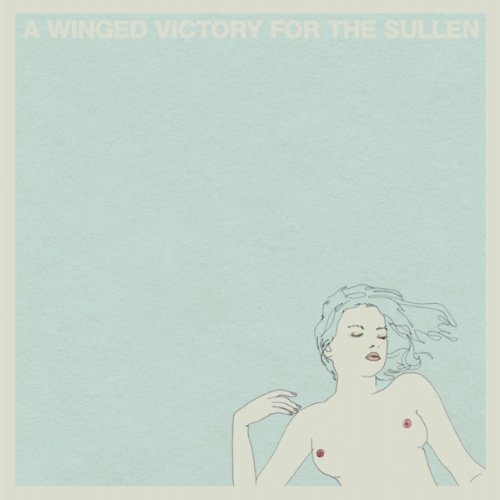