St. Vincent wasn’t on my radar prior to late spring of 2009, even though the band had already released an album two years before. My wife and I were set to head to Bonnaroo in a couple months and, in preparation, were listening to as much music as we could get our hands on from dozens of bands in the lineup, St. Vincent being among them. So, Actor was in the rotation.

I wasn’t sure what to make of St. Vincent’s sound initially and still was uncertain weeks later as we watched the band live at Bonnaroo. Annie Clark cut quite a profile though; a dark-haired, slight figure dressed in what appeared to be slacks and a puffy, floral-print blouse, looking like a mid-80s housewife while head-banging and shredding on her guitar.

Clark’s presence and musical acumen suffuses St. Vincent’s third album, Strange Mercy. The major descriptive term that came to mind was “wall of sound.” There is no simple, unaffected playing. Each song is literally saturated in effects that could point to some interesting and diverse influences.

The pulsing, layered percussion on the third track, “Cheerleader,” reminded me of the lush, ambient soundscapes created by the duo Air. The funky, looping guitar licks and trilling synthesizer on the next track “Surgeon,” could have been made by the hands of Donald Fagen and Walter Becker themselves.

“Northern Lights” has a ’90s Stereolab sensibility. Three-quarters of the way through, the album gives way to the curiously somber and understated “Champagne Year,” with Clark singing “It’s not a perfect plan, but it’s what we got” with a sadness and dry wit that channels Aimee Mann.

I found myself enjoying the album more for the inventiveness of the compositions than for the relatability of the lyrics. Although “You’re like the party I heard through a wall. I’m always watching you through a keyhole,” from the song “Dilettante,” stuck in my head. I’m curious to find out what Clark has up her sleeves for the future. 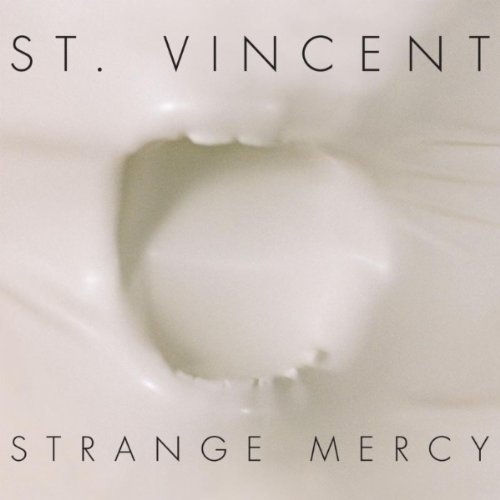