In another life I was an Aryan joyboy, blonde, lithe and jittery with dopamine enhancing club drugs, candy flipping and flipping out with the best of them, eating piles of Belgian waffles in Stuttgart at four in the morning after taxing my rock hard calves from 9 or 10 hours of constant bouncing, of indeterminate gender orientation and sexual preference.  Indifferent to run-on sentences and fragments alike.  I recall said other life fondly, although in this one I am a staid and hirsute Ashkenazi.  New album “Wired Together” by The Whip acted as a sort of the aural trigger for what could have been.

Originally from Oldham, England, the trio has matured significantly since their 2008 debut album “X Marks Destination,” which featured the much commercially utilized single “Trash.”  The Whip is basically dance music, but now they are using more synthesizer and computer sounds, giving some of the songs the same electro funkiness of chillwave bands like Washed Out or Neon Indian.

Dance bands are hard pressed to come up with lyrics that have much forethought, but The Whip manages to do this on opening track, “Keep or Delete” with the rhyme “Move on much too fast, nothing these days is built to last.”  Well, I believe that is very true.  And speaking of candy flipping, the track “Riot” also has some interesting lyrical choices, considering the people dancing away to it are probably usually out of their heads on ecstasy.  I can’t be absolutely certain, because I couldn’t find the lyrics for “Riot” anywhere, but it sounds like lead singer Bruce Carter is saying, “your heart is just about ready to go pop, pop”!  Followed by something about drinking Redbulls and shots.  Now if it were me dancing to this, in between deep drags on my Gitanes, I would probably have to go to the medic tent and ask for some thorazine.

Similar to fellow Brits, Hadouken!, but with less of the frenetic zeal, The Whip is doing a fine job at producing danceable electro-pop music.  They are currently with Southern Fried Records. 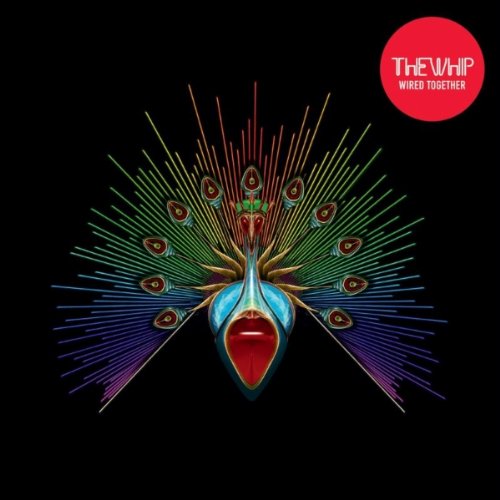