Classical composition and Baroque nuance have been present in her music since before her 1986 label debut, however until now, Tori Amos has limited the presence of that influence to the occasional appearance among a sea of more musically current themes and stylistic attempts.  Now, upon the release of her 12th full-length album, Night of Hunters, it seems as though she has finally found her natural place among its entirely classical body of songs.

Released on German label, Deutsche Grammophon, each song is composed as a variation on a different classical theme with the intention of paying homage to influential composers from the last 400 years.  Standing at 12 tracks and just over 75 minutes long (extensive for most artists though hardly out of the ordinary for Amos) the overall musical work weaves an epic tale of the duality between ‘the hunter’ and ‘the hunted’ while simultaneously exploring themes of personal growth and relational hardship; and it does so solely through the use of a symphonic octet, piano and vocals performed by Amos, daughter, Natashya Hawley and niece, Kelsey Dobyns.

The result is an utterly natural incarnation for Amos and one that effectively places her where she has always threatened to go but has never fully ventured.  Classical music has forever been tailored for showcasing natural talent – both for composer and performer – and for that reason this album provides an exquisite platform to adequately showcase Amos as both an unmatched vocalist and as a tastefully talented pianist.  The aural simplicity laced with musical intricacy is a quality rarely touched by most popular releases and it comes as a much-needed sigh of relief for our society’s ears.

Among this project’s best features are Amos’ piano composition and performance and Hawley’s vocal presence; the former which calls upon the more orchestral of Ludovico Einaudi’s work and the latter which ads a depth and variety without which the album as a whole would suffer greatly.  Of course, that’s not to suggest that the listener overlook the expressly dauntless narrative or breath-taking orchestral arrangements (the contribution of long-time collaborator, John Philip Shenale) both of which lend to the album unyielding power and movement.  Overall a stunning effort, I would encourage anyone to delve into this valiant musical saga. 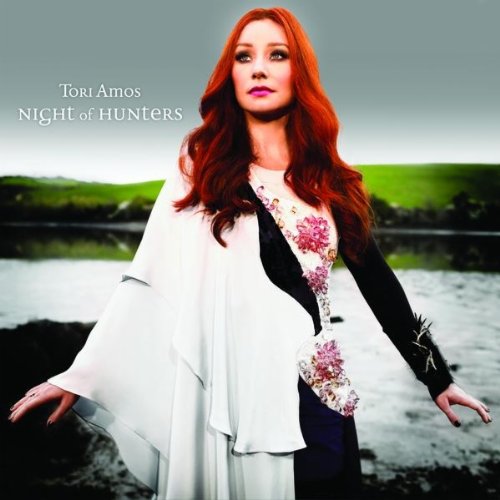