“…there’s a hundred thousand in the streets, and that number’s gonna grow…”

Apparently there’s a bit of a to-do in New York City right now. Thousands and thousands of regular people calling themselves “the 99%”, after it was deemed that 1% of the population make the decisions that affect the other 99% are in the middle of a long peaceful protest, and when people rebel, they need a soundtrack. Bob Dylan, Bob Marley, and Rage Against the Machine have all been perfect examples of protest music, a backdrop to the chants and tear gas.

Tom Morello is no stranger to the sounds of struggle. A founding member of RATM, and a long history of political nuances in his upbringing (calling himself “the only anarchist in a conservative high school), Morello has been branching out in his alter ego The Nightwatchman with “World Wide Rebel Music”, released August 30th. The album touches upon, among other things, Morello’s strong opinions on the union protests in Wisconsin earlier this year, and throughout there is a call to arms for the great unwashed to rise up against the oppressive.

Many of the tracks are simplistic, choosing the message to shine through amid Tom and his guitar. “Save The Hammer for the Man” carries weight with an appearance by Ben Harper. The title track reminds the listener that generations before us stood up against tyranny, and there’s no reason why we can’t do it as well. Stray Bullets is almost a shanty song, and immediately conjures up a group – no, a brotherhood – steeling themselves against the impending odds. Overtly a war song, it references Iraq and touches on mutiny.

Apart from the content, however, the music stands up in and of itself. Morello’s whiskey soaked vocals are a perfect accompaniment; wise, yet broken. Almost as if he were the mentor in so many Hollywood movies, he sounds like a man that has already been through the fires of hell, and you’d never suspect of his background as one of the heaviest bands of the last 30 years.

It’s rare that I enjoy an album as much as this one. Oftentimes, new music is wishy-washy shoegazer synth-rock from some kids in Oregon, or overly produced bubblegum pop. So much can be gleaned about our culture from the music of a society, so in this scenario, World WIde Rebel Songs is a genuine litmus test of the socioeconomic climate in the Western world, particularly in the USA. The Nightwatchman is just what this generation has been searching for – a leader. We’re all confused as to what this world has become, and with the guiding hand of an elder, we’re ready to take on the machine. And you know he’ll be right there next to you on the front line. 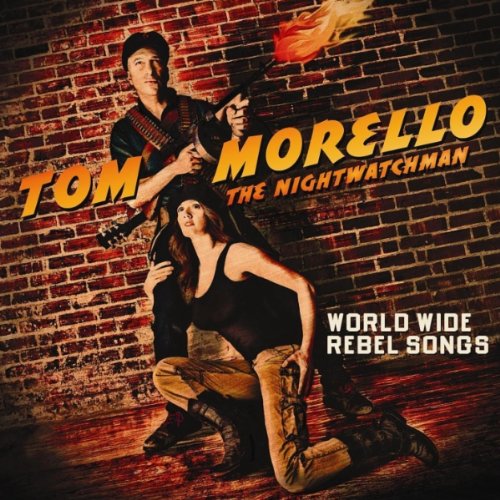