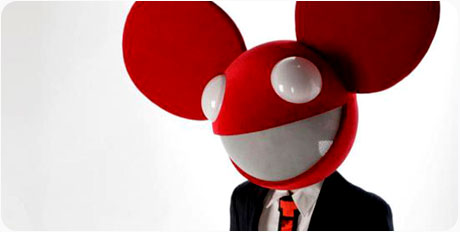 I know electronic dance music may not be for the entire readership of this website, but hear me out for a good few minutes about this little “mau5” character from Toronto. I had just gotten finished with the Rise Against show across town, and Deadmau5 wasn’t scheduled to go on for another hour. With my last-minute face value ticket in hand, I drove all the way downtown and got there ten minutes before his set started. Joel Zimmerman knows how to put on an amazing show. Sold out for three out of the four nights he was there, he captivated a crowd of two thousand plus each night.

The curtain covering his stage setup, which he’s been constantly upgrading with each leg of his worldwide tour, was up all night. As soon as he neared the first drop of his new song “Where My Keys?” That curtain was gone, and he was met with a thunderous roar from the crowd. Whether they were chugging champagne from the bottle, grinding or moving to the beat, and perhaps in an altered state of mind from some pills they dropped – this audience didn’t stop.

And neither did the mau5. He kept his show going for a whole two hours, with his blend of electronic, house, dubstep and ambient tunes intertwining. A third of the way through the set, the Montreal YouTube stars ate a Cthulhu monster made out of meat (during “Cthulhu Sleeps”) and proceeded to throw t-shirts out into the audience. I’m pretty sure that video will pop up online soon enough.

This Canadian producer is selling out venues left and right, but I can’t stress enough that if you’re even the slightest fan of this kind of music – go spend a night dancing and getting intoxicated (or do it sober like I did). It’s one night you won’t regret.