I’ve always thought about how Anthrax had their name long before the anthrax letter scares that followed 9/11. Before then, the general public didn’t really know what anthrax was – except metalheads. So now, they have this name affixed to them, which is affiliated with all those death letters. I imagine it may have been a PR nightmare. Nonetheless, they’re still releasing records, and “Worship Music” is a solid piece of work from the thrash/heavy metal band of New York.

The intro track will slowly but surely lead you into the record, getting closer and closer to the first track – and BOOM – you’re pounded with a hammerfist of metal. “Earth on Hell” might be the heaviest song on the record, and the guitar work is at its best on this track. What about the lyrics, you ask? If you’re really interested in the lyrics, I think you may be listening to metal for the wrong reasons. Lots of death, decapitation and blood – how about we just leave it at that? But Joey Belladonna’s vocals do shine throughout the album, as “I’m Alive” really showcases his abilities. Belladonna just sounds so much better on this track.

The second single off the album, “The Devil You Know,” is incredibly catchy for a metal song. It caught me off guard that I was bopping my head back and forth to chorus of guitar riffs and lyrics of “You gotta go with the devil you know!” More towards the end of the album, “Crawl” give us a look at the much softer side of Anthrax. This sounds like a metal love song until about halfway through, when the band decides to kick in and drop a guitar solo. There were fewer guitar solos than I expected, but it’s kind of nice to see a band not rely so much on them.

The album isn’t as thrashy as some may like, and that may be a sore point for some fans. I tend to think of this as a good thing. Any negative things to say? Not really. There may be a few tracks that I enjoy less than the others, like “Revolution Scream” and “Judas Priest.” Alas, Anthrax has released an exceptional record here that heavy metal fans will enjoy. Seriously, give it a spin and try to not get sucked in by it. 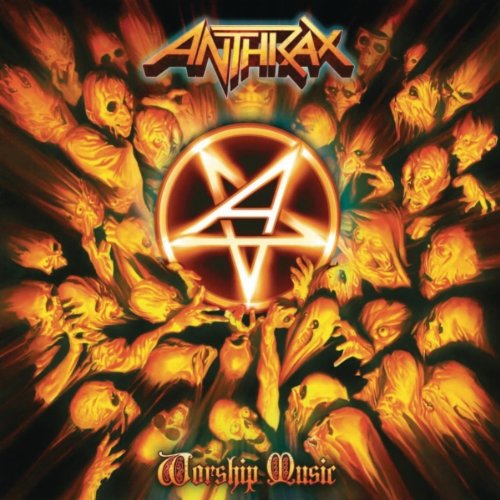