Music nowadays has branched into hundreds of avenues. The broader brushes of “rock and roll”, urban”, and “country”, for example, are no longer specific enough – Hank Williams and Taylor Swift are very different artists but there’s no denying that they are quintessentially “country” in their own way. As a result, the term “personal taste” has never been more relevant than now. What some may laud as a tremendous personal triumph, others lambast for fooling the crowds into believing there is genuine talent, rather like the child in the story of The Emperor’s New Clothes.

Evangelista falls very squarely into this category. Evocative of Bjork, Carla Bozulich has been on the scene for almost 30 years, and experiments with ambience and silence as well as sound, creating an otherworldly soundscape.

Usually I write about the little nuances that have caught my attention over the course of listening to it, however it appears not to be the case this time around. This is only my opinion, but “In Animal Tongue” is arthouse poetry over unrecognizable notes. “Black Jesus” definitely sounds like the throat singing of the Arctic. “Tunnel to the Stars” has bullshit lyrics over horror movie violins, and it can’t be helped to imagine terrible poetry in a coffee-house about 15 years ago. I certainly enjoyed the aboriginal side of “Die Alone”, and Carla Bozulich really excels in her composition, but it is unable to rescue the album as a whole in my eyes.

The good thing about this album was that I was easily able to listen to it while doing other things. And by “other things”, I mean I was watching TV at the same time. It’s unobtrusive, but that’s not necessarily a good thing. I’ll confess; this music is not at all my style, and I found it difficult to stay with a song till the end of the track. It’s not engaging, it doesn’t hold the attention of the listener, and it’s unlike anything I’ve ever heard before. That is not intended as a compliment. 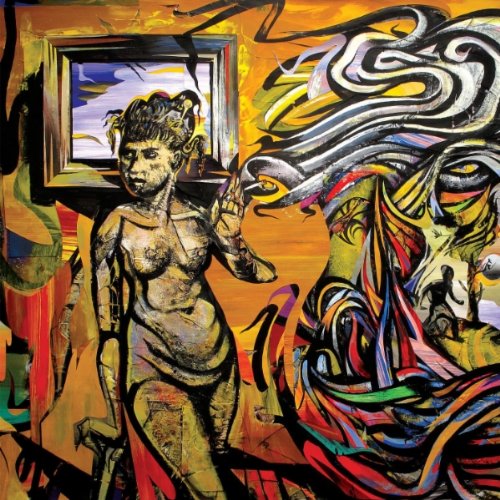