Coming out of the international post-grunge climate of the late 90’s, British rock group, Kasabian seem to have consistently been on the edge of an identity crisis; though drawing undeniable influence from grunge bands preceding, they have also demonstrated a subtle love for the softer, more ‘accepted’ genres including both British and American pop, folk and even Americana.

Out of this ‘search for self’ they have released four proper studio albums, the most recent of which provides both newfound diversity and impressive continuity.  In November of 2010, the band began work on Velociraptor! (officially released Sept 19th, 2011) along side San Francisco-based producer, Dan Nakamura with whom they also collaborated on 2009 release, West Ryder Pauper Lunatic Asylum.  Known largely for his work within urban genres, Nakamura’s influence seems like a strange choice for an almost-grunge band, however the outcome of the pairing has proved to be nothing short of inspiring.

A band inherently contains within its makeup a certain extent of diversity due to their various influences and in most cases the right producer can extract the more favorable and cohesive of those flavors to provoke a sincerely unique end.  Nakamura’s involvement on the band’s 2009 release yielded an assorted if not slightly frenetic album and the release of Velociraptor! has given us an equally multifarious and eloquent result.

Ranging from album opener, “Let’s Roll Just Like We Used To,” in which the band seems to pay homage to the experimentation of fellow Brits, The Rolling Stones, to the industrial/hip hop vibe of the record’s title track they’ve made it clear there are no boundaries they won’t at least flirt with.  Also present on this record are a slew of nods to The Beatles including direct mention of Lucy in the sky – and her narco-hallucinogenic associations – in “La Fee Verte” as well as Floyd-esque synths throughout the album, most notably on “Switchblade Smiles.”

In contrast to their first two projects – both of which seemed relatively bland – and their release of 2009 which was unfortunately more sporadic than diverse, Velociraptor! is a venerable effort hopefully indicating an end to the career-long identity-related insecurity of a band with a lot of potential. 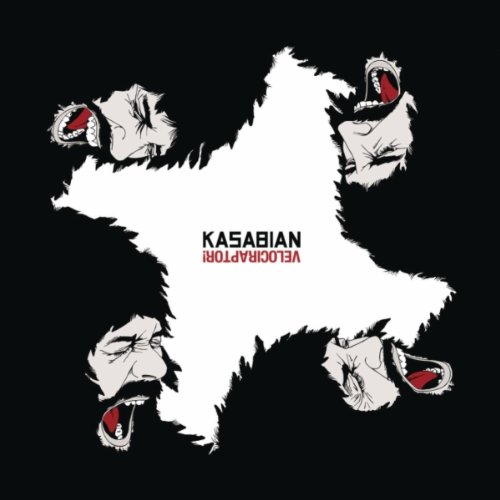