Departing from the folksy jangle and simplicity of his earlier work, including heralded LP, “Nice, Nice, Very Nice,” Vancouver’s Dan Mangan has opted to go for full orchestration on his third full length album “Oh Fortune.”  Some of his sense of humor has been lost among all the noise, although it still manages to peak out here and there.

That’s not to say there’s anything wrong with being overwrought.   I myself spend a good portion of each day in a state of overwrought-ness, but it would’ve helped me to relate to his mood more if I had a better sense of what his songs are actually about.  The lyrics are absolutely distinct aurally, and absolutely the opposite when it comes to content.

As an example, on “Rows of Houses” which I discovered is about Steven Spielberg’s movie “Stand by Me,” one encounters the lyric “the taste of something.”  And not just once.  “The taste of something” is repeated, leading this reviewer to wonder even more what that something might be.  That indistinctness must have been an attempt to evoke a quality of, um, something.  I’m just not sure what.  After all, I couldn’t taste it.

Musically, “Oh Fortune” is a solid piece of work, exceptionally produced by Colin Stewart (Black Mountain, Cave Singers).  And there’s some fine guitar work by Gord Grdina, especially his fast picking and elastic strumming on “Post War Blues.”  The instrumentation also stands out when the brass section breaks into an exuberant crescendo at the end of “Starts With Them, Ends With Us.”  Mangan’s vocals are heady with a subdued sense of irony, somewhat reminiscent of Thom Yorke.  This sensibility helps the subtle humor on closing track “Jeopardy” in which Mangan bemoans his emotional and real-world befuddlement.  “What day is it?” he asks.  “Where did I go?  What am I doing?”

Mangan has had a great deal of fame in the last few years, especially on the Canadian touring circuit.  He was on the shortlist for the coveted Polaris Music Prize, and has played on the same ticket as The Decemberists and other indie luminaries.   There has been some comparison to Mangan and freak folk wonders Bon Iver and fellow Canadian Chad Van Gaalen, but his earnest approach is less affected. 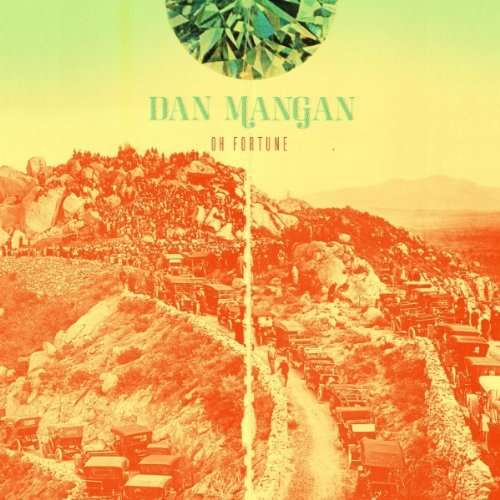