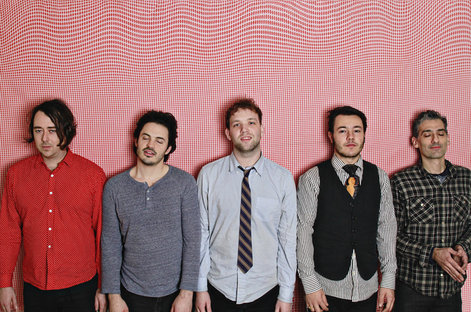 After a successful past year where Caveman signed on with Fat Possum Records and sold out their first headlining show at Bowery Ballroom, the band sets out on a Spring tour through North America, starting in Chapel Hill on March 6th, including stops in Georgia, Florida, Austin’s SXSW, Toronto, and the Midwest, before ending at Los Angeles’ Echo. Their debut CoCo Beware will get a wide release on March 27th via Fat Possum after the self-release on the band’s Magic Man! label last year.

In 2011, Caveman garnered critical praise for their debut album CoCo Beware from outlets like NPR, The New York Times, and The Fader, and for their big-sounding, impressive and completely unforgettable live shows alike. The band shines live, noted by NPR as their #7 live show of 2011 HERE and after touring with Here We Go Magic and The War On Drugs, Cavemanwill be heading to Europe for the first time next week, before embarking on their North American tour.