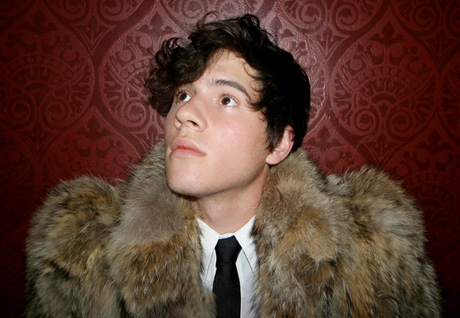 It’s very simple; no one can get enough of Brad Oberhofer. He broke out with the fresh sound that everyone had been craving to hear. Now, this Tacoma bred-Brooklyn based artist is rollin’ with the core music crowd and gaining notoriety by the day. Luckily, you can catch him at the Bowery Ballroom March 21st. Every one of your pennies would be worth it.

What’s the difference between Washington State’s versus Brooklyn’s music scene?

Oberhofer: I think Brooklyn’s music scene is just more expansive! There are so many places to play, so many neighborhoods to hang out in, and more potential friends!

You blew up after the release of o0Oo0Oo.  Were you surprised at how quickly everything evolved?

So you play all the instruments separately on your album?

I read you started playing music in 4th grade.  From that point on, did you always know you wanted to be a professional musician?

Oberhofer: No, it took a while!

I also read you used to freestyle rap. Would you ever incorporate any freestyling/hip-hop elements into future tracks?

Oberhofer: Maybe, I haven’t tried yet!

You have recorded some beautiful love songs. Is that one of the main themes present in your music?

Oberhofer: I love a lot of things, I figure it must.

My friend told me about the epic time when you performed a cover of Kanye’s Runaway at Spotify’s show at Mercury Lounge. Are you ever going to release that version?

Congrats on Coachella! What an honor….On a scale from 1-10, how excited are you to perform at the festival?

I always ask a random question, do you have a favorite karaoke song?

Oberhofer: I don’t pick favorites, but I did Space Oddity the other night and it felt really nice.