It will take over three minutes of listening to classical guitar work on The Broken Man’s opening track, Oh How We Fell before Elliot’s rich, growly voice starts singing. Or rather, talk-singing. It’s like listening to the lamentations of a friend: intimate, somber, thoughtful. Truly, the verse “I am lost in this mournful refrain” describes the despairing tone of the album.  Actually, the lovely flamenco-infused stringwork drifts through most of the songs and while not lightening the tone, it adds a welcome undercurrent. Elliott’s acoustical work is deliberate and exacting, each note singular and well-formed.

If a listener had any thoughts that succeeding tracks would reveal a bit of hope, a hand offered in friendship to relieve the artist’s oppressive melancholy, the song titles alone would brush that aside. As a writer of different genres myself, I completely identify with the downward emotional trajectory and wistfulness for something that will never be again that is the centerpiece theme. The musical arrangements convey this independent of Elliott’s smoky baritone and choked refrains, but when you are in pain, another gut-punch always seems appropriate.

I am not familiar with the artist’s previous body of work, but musical anguish such as this is not a one-time thing. Woven throughout the tracks, over and between the unsettled bells and mournful guitar, are lovely strains of melody, although the pace of most of them is deliberate rather than peppy.

There is a definite place for this type of work, among the absolute drivel that is current pop and the sameness of many of the “alternative” musicians. It’s not depressing as it is meditative and an intentional reflection of the common state of more people than not. It would definitely be something one could relate to if there was personal tragedy afoot , but if drama is lacking in your life, a tour through Elliot’s somberscape should stir something up. 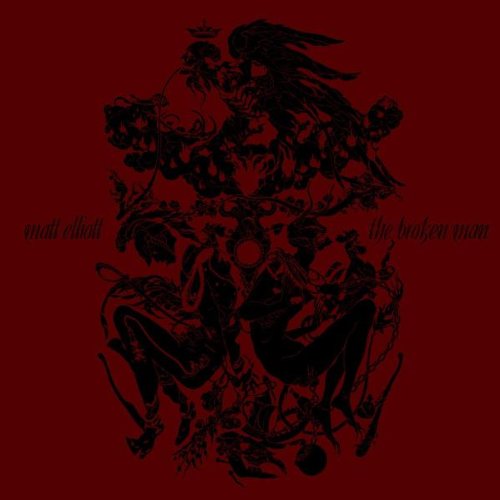