Canadian music always seems to be the “also ran” in the industry. Rush. The Tragically Hip. Even many of our non-musical glitterati are often mistaken for Americans (for example, most of the cast of the original Saturday Night Live). Our neighbours (yes, with a ‘u’) to the south are able to spew out thousands of albums a year, with only a fraction being any good. As a result, the Great White North’s finest talent is often tossed into the same ocean of talent (or lack thereof). Which, frankly, is a damn shame. Montreal based Plants and Animals are onto something. Nic Basque and Warren Spicer’s voices are tuning into Lou Reed’s spirit: trembling and humble. He makes no assertions to be an incredible vocalist, but that’s just fine.

“The End of That” seems to build to a beautiful finale, like the best fireworks show you’ve ever seen. It starts off slow, with “Before”, indie rock at its finest. The overall feel is reminiscent of Stephen Fretwell, and definitely a track to put on to impress that special someone. The album takes a boot in the ass at “Song of Love”, much more upbeat. “Lightshow” sounds like the soundtrack to an afternoon backyard drinking session, never letting down. It sounds like smiling feels, and for that, gets Best track for me. “Why & Why” is frenetic, and from the initial get-go of the track, “2010” gets a nod, as it has the same energy as one of my favourite albums from last year, We Are Augustine’s “Rise, Ye Sunken Ships”. “2010” becomes a celebration, with its bombastic verse and that guitar going bananas in the background.

We as a country should be proud of our homegrown heroes. When the end result is Plants And Animals, it’d be a travesty not to. They’re on tour currently, and playing a few shows in Canada along the way (check them out at the Rickshaw in Vancouver March 21st). Go have some fun. 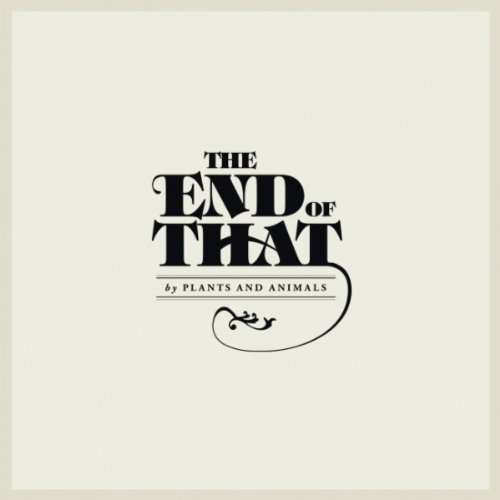